Shots fired at mall rattle Kenyans a year after Westgate

Kenya media reported panic at the mall when the shots were fired, a reflection of nerves a year after an attack on the Westgate mall on Sept. 21, 2013 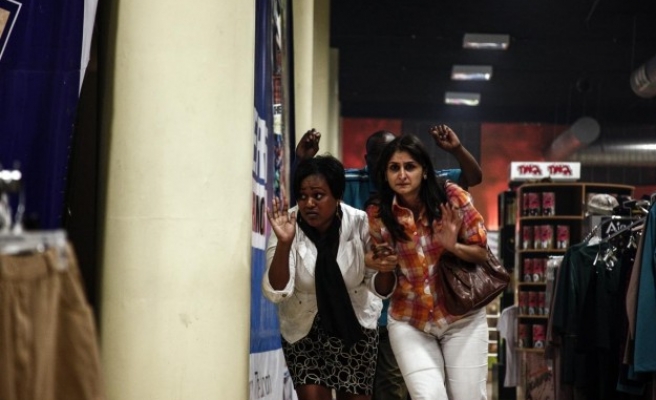 Guards fired shots in the air after a driver lost control of his vehicle at a Nairobi mall on Monday when he suffered a seizure, the mall reported, rattling Kenyans still nervous a year after gunmen attacked another shopping centre.

The incident took place at the Galleria mall on the outskirts of the Kenyan capital. The mall said it was not "a terrorist attack."

The U.S. embassy reported an incident at the mall without any details, telling citizens to avoid the area. The police could not immediately be reached for comment.

The driver lost control of his vehicle at the main entrance of the shopping mall, due to an epileptic fit or seizure, Bizzu Kanja, the mall's general manager said in a statement.

"Following the incident that ensued, the armed security who are permanently posted at the Mall discharged their weapons in the air," Kanja said.

The mall was declared safe after a security check, she said.

Kenya media reported panic at the mall when the shots were fired, a reflection of nerves a year after an attack on the Westgate mall on Sept. 21, 2013. Gunmen linked to the Somali group al Shabaab carried out the raid, leaving 67 people dead.

Al Shabaab has claimed responsibility for several assaults in Nairobi and on the coast since the attack on Westgate.

The militants have threatened attacks in east Africa in retaliation for a U.S. missile strike that killed the rebel group's leader early this month.

The group said its assault on the Westgate mall was meant to punish Kenya for sending troops to Somalia to join an African force in an offensive against al Shabaab.

The militants have demanded that Kenya withdraw its troops from Somalia. Kenya's government says it will not do so, adding that its forces are helping keep Kenya secure.

However, the government has also had to fend off criticism that it is not doing enough to protect Kenya after several attacks on its territory were claimed by al Shabaab.