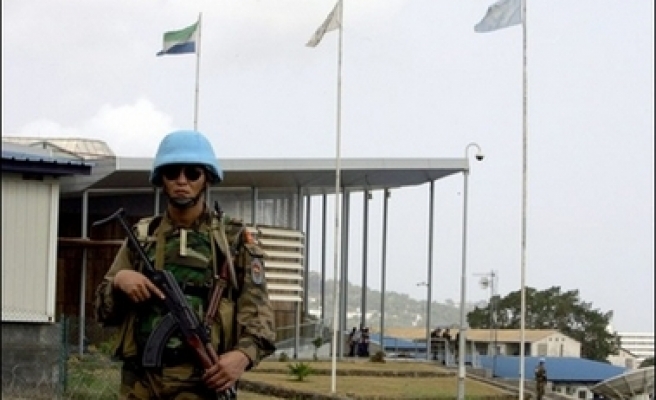 At least six homeless people sleeping under a bridge in the heart of Sierra Leone's capital Freetown were crushed to death early on Friday when the bridge collapsed in a landslide caused by heavy rain, the country's police inspector general said.

The Jimmy Bridge, heavily used by both vehicles and pedestrians, collapsed between 2 a.m. and 3 a.m. (0200 and 0300 GMT). Six bodies were recovered, all of them homeless people who had been sleeping under the structure.

Inspector General Francis Munu said more victims were believed to remain trapped under the wreckage and the death toll from the accident was likely to rise.

Rescue efforts continued throughout the day under a torrential downpour.

"We feel sorry for those who lost their lives and are investigating to make sure this does not happen again," he said.

The West African nation is now in the midst of its rainy season and landslides are commonplace in the hilly, seaside capital, where roads and infrastructure are often poorly maintained.