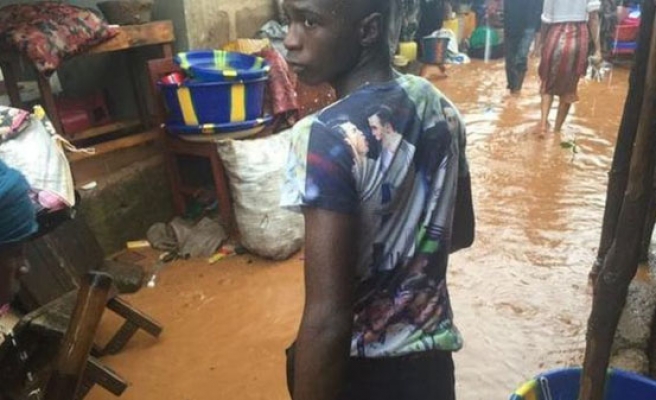 Wednesday’s heavy rain in Freetown, which lasted for six hours, has been described as the worst since the start of the rainy season five months ago.

Areas worst hit were slums, including Kroo Bay, Krootown, Samba, Moa Whalf and Dwarzack, where a 9-year-old boy returning from school was killed.