Sinai buffer zone no solution to militancy in Egypt-Amnesty 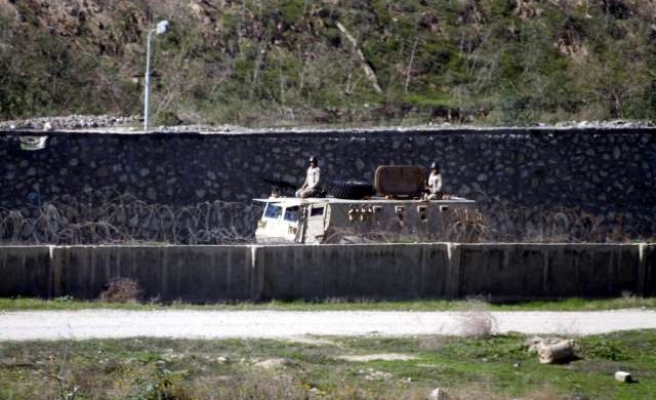 Egypt's plan to create a security buffer zone along its border with Gaza is not a solution to growing militancy in the Sinai region as it does not address the roots of the problem, the head of Amnesty International said on Wednesday.

"These are all shortcuts, you are not able to address the underlying issue which is what is happening in the Gaza Strip and how the Muslim Brotherhood and other opposition are being treated," Salil Shetty, the rights group's Secretary General, told Reuters.

"You can create fortresses and buffer zones but it will come back to bite," he said, adding that human rights in Egypt had regressed since the overthrow of Hosni Mubarak three years ago.

Egypt began clearing residents from the border last month to create a buffer zone 13.5 km (8 miles) long and 500 metres deep aimed at deterring any tunneling of arms from Gaza to Sinai-based militants.

The move came after two attacks on Oct. 24 killed at least 33 security personnel in Sinai in some of the worst anti-state violence since the army overthrew elected President Mohamed Mursi last year.

Residents of Sinai, which has long been neglected by the state, say they rely on the tunnels for their living. Egyptian authorities see them as a threat and regularly destroy them.

"You cannot justify what the militants are doing in Sinai but you have to understand why it is happening," Shetty said.

"The government is going after the Muslim Brotherhood in every possible formal and informal way and we are seeing the consequences in Sinai."

Militant violence has surged since the ouster of Mursi, a Brotherhood official. Egypt has launched a crackdown on the group, jailing thousands of its members and labeling it a terrorist organisation.

The Brotherhood says it is peaceful and condemned last month's attacks.

But Ansar Bayt al-Maqdis, a militant group that has sworn allegiance to ISIL, has stepped up attacks on police and soldiers in Sinai, which borders Israel, Gaza and the Suez Canal.

Shetty said Egypt's rights record had gone from bad to worse: "If you had asked me three years ago can the human rights situation get worse than it was in Mubarak's time I would have said it was impossible, but here we are."

In the Middle East as a whole, Shetty said little had improved since the Arab uprisings against authoritarian rule began in 2011. "It has gone full circle," he said.