Sisi has no intention to run for presidency

Army spokesman Ali said the military will not support a specific candidate in the presidential election, including those with military backgrounds. 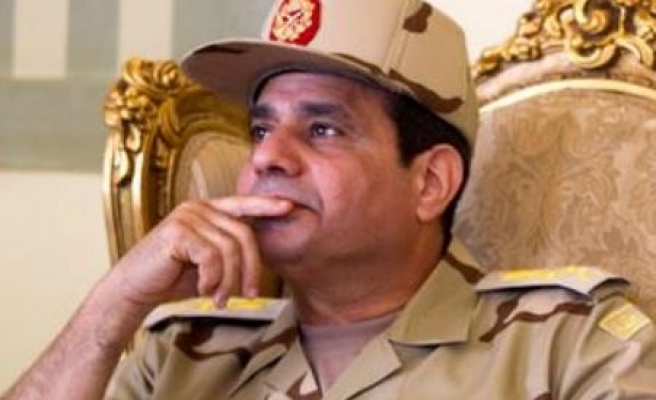 Egyptian Defense Minister Abdel-Fattah al-Sisi has no intention to run for presidency, the army spokesman insisted on Sunday.

"Al-Sisi has asserted more than once that protecting the will of the Egyptian people is far more important than ruling Egypt, and that he doesn't think about it," Ahmed Ali told the Dubai-based Al-Arabiya news channel in an interview to be aired later Sunday.

Calls have grown in recent weeks for the country's top general, who ousted elected president Mohamed Morsi on July 3, to contest the forthcoming presidential polls.

The army spokesman described such campaigns as "popular sentiment that we cannot suppress."

Ali said the military will not support a specific candidate in the presidential election, including those with military backgrounds.

The assertion came on the background of reports that former chief of staff Sami Anan and former premier Ahmed Shafiq, a retired air force general, might contest the presidential polls.

"Both Anan and Shafiq are Egyptian citizens who have the right to contest in any election," Ali said.