An explosives-laden vehicle was rammed into the presidential palace's gates. 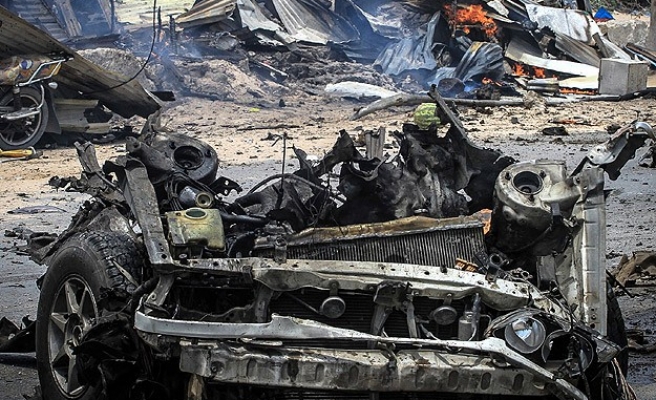 An aide to Somalia's prime minister was among the victims of an attack that targeted the presidential palace in Mogadishu, security sources said Friday.

"Several officials were gunned down by seven militants as they left a mosque following bombings that struck the presidential palace on Friday," said one source.

A local journalist, meanwhile, sustained serious injuries in the attack, he noted.

Earlier Friday, Minister of Interior and National Security Abdulkarim Hussein Guled said government forces were in control of the area around the presidential palace.

A third blast was reported in the eastern part of the building.

According to Guled, no government officials were killed in the blasts.

Friday's attacks were claimed by the Al-Shabaab.

Somalia has remained in the grip of on-again, off-again political violence since the outbreak of civil war in 1991.

The country appeared to have stabilized recently with the installation of a new government and the intervention of African Union troops tasked with countering the Al-Shabaab insurgency.