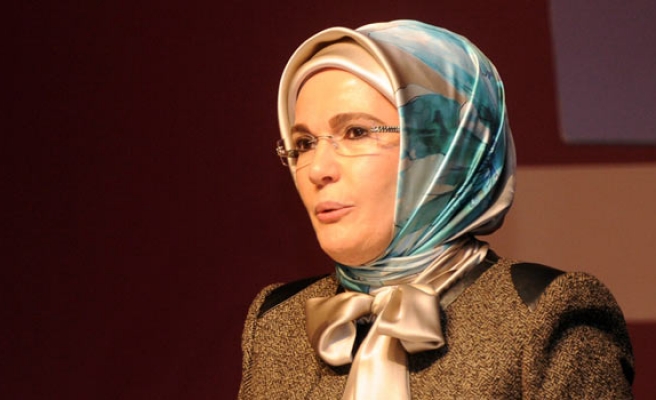 Erdogan attended the Fashion for Development (F4D) event as part of the launch of the annual UN General Assembly.

The runway show and awards ceremony held in New York's Pierre Hotel on Wednesday saw the award-winning model thank Erdogan during her speech from the podium.

More than six million people -- half of the country's population -- is facing severe drought and a cholera outbreak, which claimed at least 1,000 lives this year, according to the UN.

Since 2011, Turkish Airlines has been the only international air carrier serving Somalia.