Somalia in search for arms 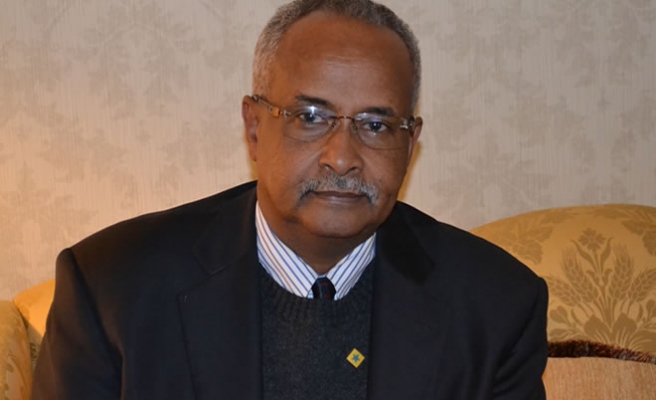 Al Shabaab, which once ruled much of Somalia, has been driven into smaller pockets of territory by an African Union force and Somali troops, but showed it still packs a punch earlier this month by retaking a town and killing 12 Ugandan troops at a base.

Soldiers and al Shabaab clashed south of Mogadishu on Tuesday. Nine rebels and at least one soldier were killed, officials said.

Foreign Minister Abdusalam Omer said that support for al Shabaab was "shrinking" but he said the battle against the group that wants to topple the Western-backed government demanded a "holistic" approach to security and the economy.

"We need more training, we need more arms and we need more trucks, but equally important we need jobs. We need people to come and invest," he said in a phone interview from Britain, home to one of Somalia's biggest expatriate communities.

Somalia has been making a fragile recovery since President Hassan Sheikh Mohamud took office in 2012 after more than two decades of conflict and chaos. New buildings have risen out of bomb sites in Mogadishu, many financed by returning Somalis.

But much of the 11 million population lives a precarious existence, some reliant on aid and others living in rural areas where al Shabaab still has a powerful influence.

Omer said he would judge his tenure at the Foreign Ministry by whether he met targets he had set himself for attracting investment. Omer was formerly central bank governor, but left in 2013 in the wake of a U.N. report alleging corruption that he strenuously denied. The government also dismissed the charges.

He aims to secure commitments worth about $500 million in the last three months of the year and $1 billion in 2016, saying Somalia offered opportunities in fishing in the Indian Ocean, developing oil fields and boosting agriculture.

Somalia exported a record 5 million head of camels, sheep, cattle and goats to the Gulf and other Arab markets last year, up from 4.6 million in 2014. The trade accounts for 40 percent of Somalia's gross domestic product, according to U.N. figures.

As part of his bid to attract investors, Omer said he would hold meetings in Abu Dhabi, the capital of the United Arab Emirates, on Sept. 15. One target would be to attract another international airline to Mogadishu airport, he said.

Turkish Airlines is the only major international carrier now flying in and out of the Somali capital.

"What we expect is to have another airline to come to Somalia, directly serving the Middle East and the outside world," he said, adding he had held talks with Gulf carriers.

Investors will still face challenges in Mogadishu, however.

The International Monetary Fund, in its first review of the economy in quarter of a century, said the economy expanded 3.7 percent in 2014. Omer said 2015 growth could reach 6 percent.

Parliament is reviewing a new investment law that would cover issues such as legal protection and land leases for investors, the minister said.

"The issue is really that we need to stand on our feet," he said. "We need to feed our children, we need to pay our soldiers, and in order to do that we need investment in Somalia."