A former Italian colony, Somalia has not had a stable government since the ouster of President Siad Barre in 1991. 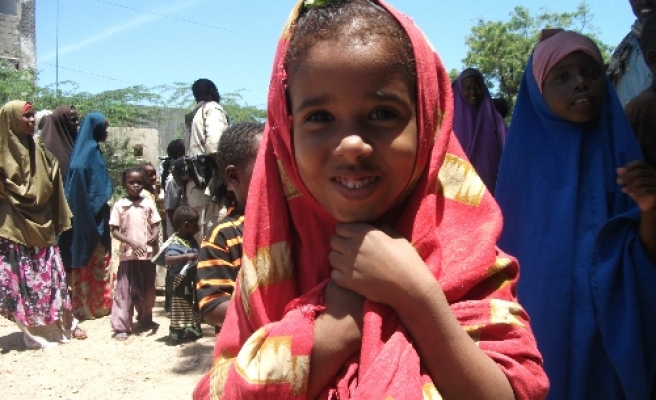 As Somalia on Tuesday marked 54 years since the country won independence from Italy, Somali President Hassan Sheikh Mohamud called for peace in the Horn of Africa nation.

"Fifty-four years ago, we remember how our good will was and how open our hearts were. It is the day we are reborn," Mohamud said in a speech at the General Kaahiya Police Academy, where independence celebrations were held.

"We want the Somali people to understand the situation we are facing today, despite the setback of the last 30 years," he added.

"Today that structure stands at a good place. It just needs some finishing and covering and we hope to get a good home out of it," he asserted.

Kay called on Somalis to learn from the nation's founding fathers.

"Fifty-four years ago, the people of Somalia came together to take charge of their destiny and realize their dream of an independent, sovereign nation," he said.

"Somalia was founded on three ideals: the ideals of unity, equality and justice," said the U.N. envoy.

The prime minister, for his part, assured Somalis of a brighter future ahead.

"Somalia faces a daunting set of challenges that can be achieved with strength and unity," Ahmed said.

"This day inspires Somalis all over the globe to gather as one against those who seek violence, while commemorating all that was achieved by our forefathers 54 years ago," he said.

"The federal government of Somalia looks forward to rebuilding this great land, forging unbreakable bonds with our Somali brothers and sisters, and reaffirming our commitment to the great of Horn of Africa," he added.

In Nairobi, Somali nationals gathered at a local hotel in the evening to mark the occasion after breaking their Ramadan fast.

"We have seen a bloody past, but the changes I have witnessed in Mogadishu in the past three years have been encouraging," Abdille Jama, a Somali national living in Kenya, told Anadolu Agency.

"And many in the diaspora are returning to Somalia to give a hand whichever way they know best," he added. "Today, we pray for peace in Somalia."

A former Italian colony, Somalia has not had a stable government since the ouster of President Siad Barre in 1991.

Somalia's current western-backed government faces an insurgency by the militant Al-Shabaab group, which continues to attack government and foreign installations despite having been driven from most of its strongholds by government and African forces.