Davutoglu said that they hoped that the donations for Somalia would reach 200 million U.S. dollars by the end of holy month of Ramadan. 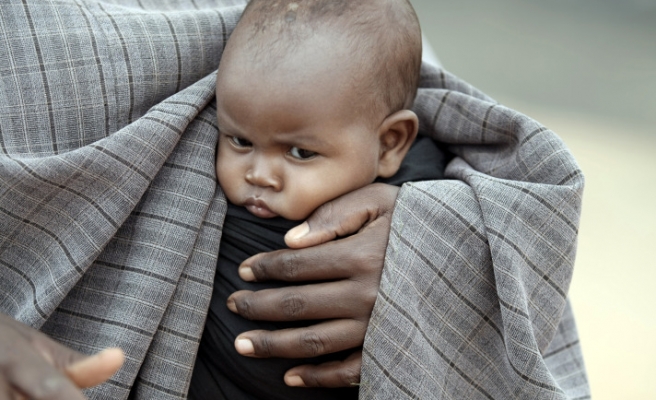 Davutoglu spoke at a press conference held after the meeting of OIC Executive Committee in Istanbul on Somalia famine.

"There has been a human tragedy in Horn of Africa especially in Somalia hit by famine and drought. More than 3 million people face starvation there. Turkey cannot remain indifferent to this situation," he said.

"We aimed to reach three goals with this meeting. The first is to assure sensitivity of Islam world regarding the matter. There was a great participation in the meeting. Islam world put forth its awareness and sensitivity in this meeting. The second is that we tried to develop mechanisms. There are no direct flights to Somalia. Transportation facilities are limited. We have made important decisions under these mechanisms. All countries decided to contribute Somalia Assistance Fund established by the 38th Session of OIC Council of Foreign Ministers. The third one is continuation of this mechanism," he said.

"A 'Somalia Mission Force' was established. It will coordinate all activities," he said.

Davutoglu said that they hoped that the donations for Somalia would reach 200 million U.S. dollars by the end of holy month of Ramadan.

"We, along with Mr. Prime Minister, will leave for Somalia on Thursday night," he said.

Speaking at a press conference held after OIC meeting, Ibrahim said that Turkey showed a great leadership and launched an initiative to support Somali people in their hard times.

Ibrahim thanked Turkey and OIC to carry Somalia on the top of the agenda, noting that media clearly showed the dimension of the difficulties in Somalia.

Noting that OIC member states promised very important assistances for Somalia during the meeting, Ibrahim said that this was a real example of brotherhood and friendship.

Replying to a question, Kazakhstan's Foreign Minister Yerzhan Kazykhanov, who is term president of OIC Executive Board said that OIC secretariat general would open bank accounts in OIC member countries, and financial aid would be sent to Somalia through these accounts.

OIC Secretary General Ekmeleddin Ihsanoglu said that "Somalia Assistance Fund" was set up and all countries could donate to this fund.

Only a state or a single organization could not cope with the problem in Somalia on its own and there was need for a great cooperation to deal with it, he said.

Ihsanoglu said that donations for Somalia reached 350 million TL including 150 TL by Turkey, stating that they aimed to increase donations to 500 million TL soon.