Somalia to 'crush' Al-Shabaab within months

"The government will force Al-Shabaab to withdraw from areas now under their control," the Somali president said 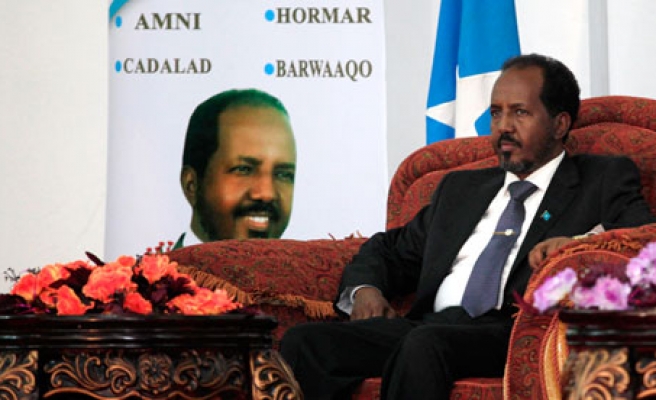 "The government will force Al-Shabaab to withdraw from areas now under their control," Mohamud said in press statements at Mogadishu Airport after his return from an unofficial visit to Turkey.

The Somali leader said his government's forces along with the African peacekeepers will "crush" Al-Shabaab within months.

Mohamud, however, did not elaborate on the means of achieving such a goal.

Eight people were killed and 16 others injured in a Thursday's car bomb attack - claimed by the militant group - on a UN convoy in the capital Mogadishu.

The long-troubled Horn of Africa country has remained in the grip of political violence since the outbreak of civil war in 1991.