Al Shabaab has never previously entirely abandoned Mogadishu during the course of a four-year insurgency. 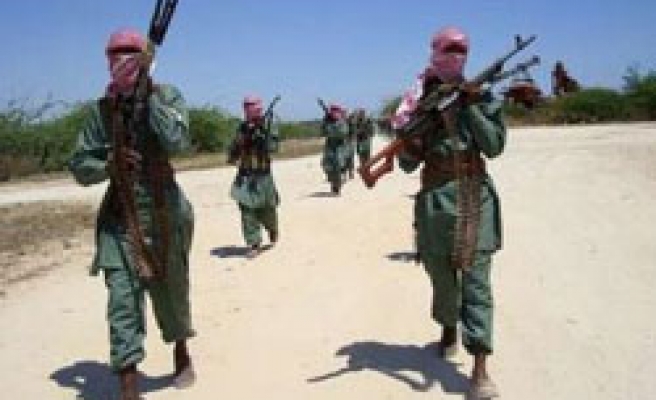 Al Shabaab fighters were abandoning their bases in the capital Mogadishu on Saturday, a fighter spokesman and the government said.

African peacekeepers and Somali government forces have been steadily wresting control of the rubble-strewn capital from the fighters this year.

A spokesman for the peacekeeping force, known as AMISOM, told Reuters that the fighters began to pull out of Mogadishu shortly after a string of fierce gunbattles late on Friday.

Sheikh Ali Mohamud Rage, spokesman for the al Shabaab movement, told a local radio station the unprecedented retreat that started late on Friday was tactical and that the fighters would hold their positions elsewhere.

"We have abandoned Mogadishu but we remain in other towns," Rage said on the al Shabaab-run Andalus radio station.

Al Shabaab has never previously entirely abandoned Mogadishu during the course of a four-year insurgency.

"We aren't leaving you, but we have changed our tactics. Every one of you will feel the change in every corner and every street in Mogadishu. We will defend you and continue the fighting," Rage said.

The Horn of Africa country has been without effective central government since the fall of dictator Mohamed Siad Barre 20 years ago.

Al Shabaab has never previously entirely left Mogadishu, raising questions over whether deep rifts among the group's senior commanders had finally led to a split.

One faction prefers a more nationalist Somali agenda and wants to impose an Islamic programme on the nation. Another more international wing aims to promote Jihad (holy war) and is bent on overthrowing a government they see as a Western stooge.

This faction had gained clout with the influx of foreign fighters. Those divisions became sharper as a series of military offensives in Mogadishu exacted a heavy toll on the fighters.

One fighter told Reuters the divisions had seen each side retreat from Mogadishu separately over the past few days, culminating in a massive exit by the fighters on Friday night.

"We understand there is disagreement among their top leaders," Farhan Ali, who lives in what was an al Shabaab controlled neighbourhood, told Reuters. "They were not displaced by force."