Residents of the Somali capital, while wearily accustomed to regular bombs and attacks by Islamist militants, have been left stunned by the monster explosion Saturday which gutted surrounding buildings and left victims burned beyond recognition. 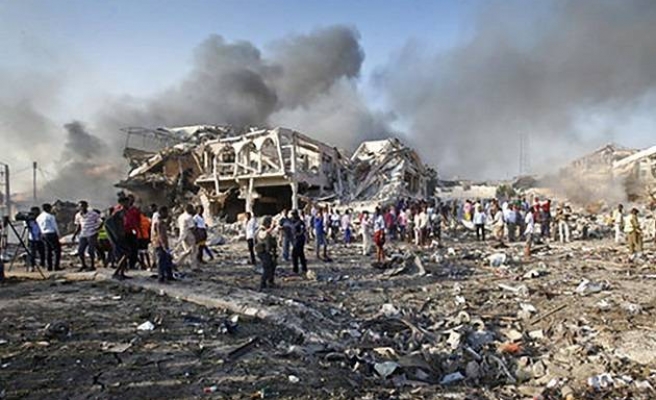 esperate Somalis searched for news of missing loved-ones on Monday, after a massive truck bomb in Mogadishu killed at least 276 people and left 300 injured in the deadliest ever attack to hit the conflict-torn nation.

A statement from the information ministry on Monday said "276 people were killed in the blast... and 300 wounded were admitted at the different hospitals in Mogadishu."

The government said it had set up an emergency committee to help relatives find the missing, with a crisis centre in the capital that residents can turn to.

Police official Ibrahim Mohamed told AFP that many of the victims were "burned beyond recognition" in what he described as "the deadliest attack ever."

Turkey sent a military plane full of medical supplies to Mogadishu on Monday, also evacuating some of the injured for treatment.

The blast occurred at a junction in Hodan, a bustling commercial district which has many shops, hotels and businesses in the city's northwest. Several experts told AFP the truck was probably carrying at least 500 kilogrammes (1,100 pounds) of explosives.

Abdulahi Nuradin was one of many helping friends and family hunting for news of the missing.

"It has been more than 24 hours now and we don't have any traces or information about the sister of my friend. We can assume she is dead, with her flesh somewhere amongst the horribly burned dead bodies," he told AFP.

"We went to several hospitals to seek any information but no to avail, the family is now 99 percent convinced she is dead, I saw so many severed pieces of human flesh at the hospitals, you cannot even look at them," he added.