Some Gbagbo loyalists return to I. Coast from Ghana exile

The six people, all members of Gbagbo's Ivorian Popular Front (FPI), fled to Ghana in 2011 in the wake of the fall of the former leader's regime 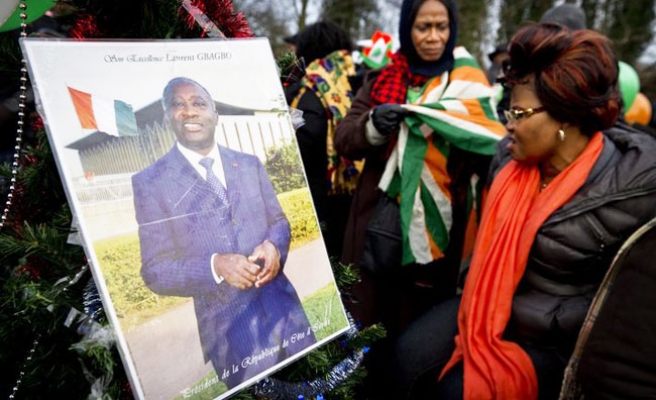 The six people, all members of Gbagbo's Ivorian Popular Front (FPI), fled to Ghana in 2011 in the wake of the fall of the former leader's regime after the latter refused to admit defeat at the polls the previous year.

Addressing the FPI supporters who gathered to welcome them in Abidjan late Monday, senior party member Desire Porquet expressed his and his colleagues' joy for returning home after months of exile.

Among the returnees were also former ministers of education and communication Yapo Atsé Benjamin and Lia Bi Douayoua respectively.

Porquet told the gathering that several FPI supporters are still in exile in Togo, Ghana and Benin, yet without stating a specific number.

"They hardly eat and even when they die they are buried in humiliating conditions," he lamented.  "At least 43 [FPI supporters] died in exile in Ghana, 32 died in Togo while Colonel Koulayi (former military official) died in Brazil," he added.

He went on to say that the returnees "are doing very well and are ready to continue the fight."

For his part, current FPI leader Pascal Affi N'Guessan assured his supporters that this repatriation will not be the last.

"We will make efforts so that more refugees return home before 2015 to pave the way for true reconciliation," he said.

In 2010, Gbagbo rejected the results of presidential elections after the independent election commission announced his rival Alassane Ouattara to be the winner, ushering in a political crisis in the country.

More than 3,000 people were killed in the ensuing violence, according to the United Nations.