There is no cure for Ebola, which is transmitted by body fluids such as saliva, sweat and blood, but doctors can treat symptoms including diarrhoea and vomiting. 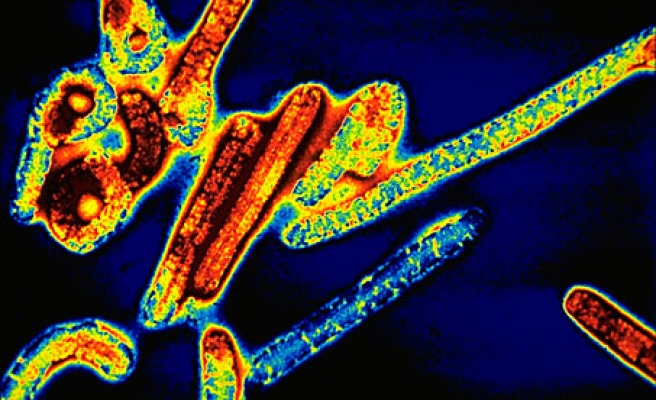 Some of the 32 Ebola patients in isolation at a government hospital in western Uganda's Kibaale district are responding to treatment and may be discharged soon, a health official said on Friday.

The east African country has been battling an outbreak of the deadly Ebola virus which has so far killed 16 people.

Health officer Dan Kyamanywa said on Friday there had been no new deaths in two days.

"There are signs of optimism because a big number of the 32 patients we have in isolation are recovering. In fact 9 of the 32 are doing very well and if they keep their current recovery momentum we might discharge them soon," he said.

There is no cure for Ebola, which is transmitted by body fluids such as saliva, sweat and blood, but doctors can treat symptoms including diarrhoea and vomiting.

Residents in western Uganda say they are too scared to go shopping in local markets for fear of catching the Ebola virus in Kibaale, 170 km (100 miles) west of the capital Kampala.

Kibaale is near the Democratic Republic of Congo where the virus first emerged in 1976, taking its name from the Ebola River.

Tourism Minister Ephraim Kamuntu on Friday acknowledged that the Ebola outbreak was putting off some potential tourists but said Uganda was safe and the outbreak was confined to one district.

In neighbouring Kenya, test results from two suspected cases of Ebola have come back negative, a spokesman for the Public Health Ministry said.