Doctor and diplomat Nkosazana Dlamini-Zuma of South Africa won a vote on Sunday to become the first female head of the African Union Commission, delegates said. 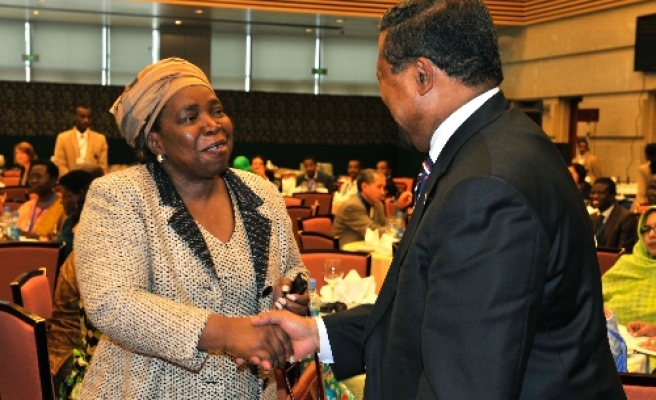 South African diplomat and doctor Nkosazana Dlamini-Zuma was elected on Sunday to become the first female head of the African Union Commission.

Dlamini-Zuma, South Africa's home affairs minister and an ex-wife of President Jacob Zuma, defeated incumbent Jean Ping of Gabon, who had been at the helm of the Commission, the AU's steering body, since 2008.

Dlamini-Zuma, a 63-year-old who has previously served as minister of health and foreign affairs, had to undergo three voting rounds before Ping, 69, was finally eliminated.

A final confidence vote of 37 in favour gave her the 60 percent majority she needed to be elected.

The contest to head the Commission of the 54-member AU had been deadlocked since last year. It pitted French-speaking states, largely backing Ping, against mostly English-speaking countries, especially in southern Africa, which gave their support to Dlamini-Zuma.

The feverish impasse over the candidates had persisted through a summit of AU heads of state held in Addis Ababa at the weekend. It prompted the AU's rotating chairperson, Benin President Boni Yayi, to warn that failure by the continental body to resolve the leadership deadlock would divide it and undermine its credibility in the world.