All 486 employees have been brought to the surface safely. 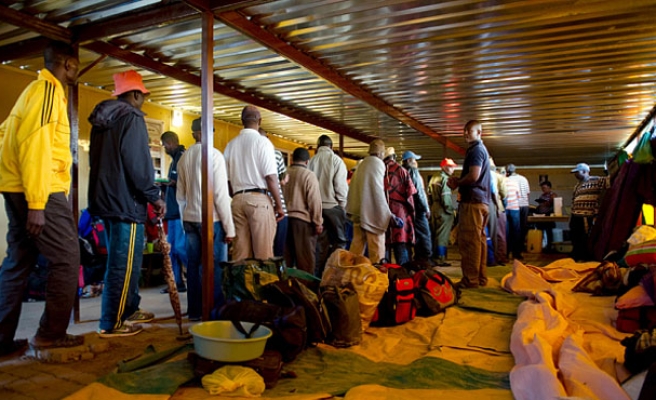 South Africa's Harmony Gold said on Sunday all 486 miners who were trapped underground following a fire had been rescued.

The blaze occurred about 2.3 km (1.43 miles) underground during maintenance on an air cooler at the Kusasalethu mine, a deep level operation west of Johannesburg that is Harmony's single largest gold producer.

The fire started around 0800 GMT and initially some 200 miners were unaccounted for. All operations other than essential services at the mine had been suspended, the company said.

"All 486 employees have been brought to the surface safely," company spokeswoman Charmane Russell said.

"This is a credit to employees, unions, company and the efforts of the mine rescue services."

South Africa's gold mines are the deepest in the world and were ranked as some of the most dangerous during the apartheid era. The industry recorded over 100 deaths per annum before 2013, according to the mines ministry.

Mining minister Ngoako Ramatlhodi said in November that 2014 recorded the lowest number of fatalities in the mining industry's history, with 84 deaths. However, deaths in the gold mining industry rose in 2014 to 44 from 37 in the previous year.

Nine workers were killed after a fire related to a seismic event at Harmony's Doornkop mine in February last year.

Last year Harmony closed Kusasalethu for two weeks to try to remove illegal miners who had been trespassing on the operation and were believed to be starting fires.