South Africans participate in a walk to remember Mandela 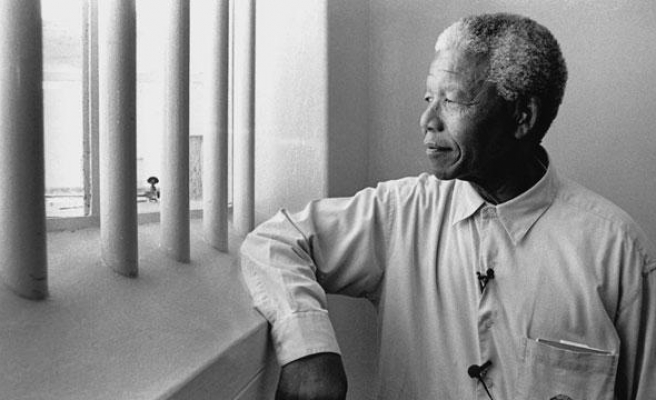 World Bulletin/News Desk
Hundreds of South Africans on Saturday participated in a 6-kilometer walk in Pretoria in commemoration of late anti-apartheid icon and former president Nelson Mandela, who died last year at 95.

"Today is an important day to me. I am remembering Madiba (Mandela) because he did a lot for South Africa," a woman participating in the walk told national television SABC, which transmitted a live broadcast of the event.

The remembrance walk, held under the theme "Mandela's Legacy Lives on", aimed at bringing people together in looking back at the values taught by Mandela.

Participants walked passed through some of the iconic sites in the history and transition of the country.

"We are here today to commemorate and carry on the legacy of Tata (Mandela)," de Bruyn said.

After completing their walk, members of the Nelson Mandela family, together with struggle stalwarts and government officials laid their wreaths at the Mandela statute in front of the Union Buildings, the official seat of the South African government in Pretoria.

A number of events have been held since December 5, the first anniversary of Mandela's death.

Mandela, who died last December at the age of 95, is revered by South Africans as the father of their nation. He spent 27 years in prison for taking up arms against South Africa's apartheid regime.