Opinion polls suggest there is no doubt about the overall result, with ANC support estimated at around 65 percent, only a shade lower than the 65.9 percent it won in the 2009 election 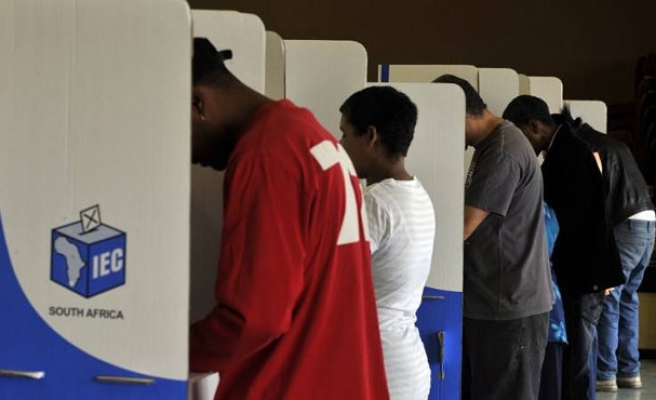 South Africans voted in the first "Born Free" election on Wednesday, with polls suggesting the allure of the ruling African National Congress as the conqueror of apartheid will prevail even among those with no memory of white-minority rule.

Voters young and old wrapped up against the early morning chill to stand in long lines across the country, evoking memories of the huge queues that snaked through streets and fields for South Africa's historic all-race elections in 1994.

"It is great voting for the first time. Now I have a say in the country's election and what is happening. It is something new in my life," said 18-year-old Mawande Nkoyi - a so-called post-apartheid "Born Free" - in the Cape Town township of Langa.

Voting ends at 1900 GMT and a firm idea of the outcome should emerge by midday on May 8 although there is little doubt about the result. Polls put ANC support at around 65 percent, only a shade lower than the 65.9 percent it won in the 2009 election that brought President Jacob Zuma to power.

The ANC's enduring popularity has surprised analysts who said the party could suffer as its glorious past recedes into history and voters focus instead on the sluggish economic growth and slew of scandals that have typified Zuma's first term.

Africa's most sophisticated economy has struggled to recover from a 2009 recession - its first since 1994 - and the ANC's efforts to stimulate growth and tackle 25 percent unemployment have been hampered by powerful unions.

South Africa's top anti-graft agency accused Zuma this year of "benefiting unduly" from a $23 million state-funded security upgrade to his private home at Nkandla in rural KwaZulu-Natal province that included a swimming pool and chicken run.

Zuma has steadfastly denied any wrongdoing, defended the upgrades to his home and said the accusations against him were unfair given the importance of protecting any head of state. He confidently told reporters on Monday the Nkandla controversy was "not an issue with the voters".

His personal approval ratings have dipped, but Zuma appeared relaxed and assured as he voted at a school near Nkandla, ending what he described as a "very challenging" campaign.

"I hope that all voters will cast their votes free," he told reporters. "This is our right that we fought for."

Besides being easy fodder for the cartoonists who have revelled in the freedom of speech enshrined in the post-apartheid constitution, Nkandla has exposed the gulf between current and former ANC leaders, in particular Nelson Mandela, South Africa's first black president, who died in December.

It has also become the rallying cry for those who feel the ANC's dominance as it enters its third decade in power has damaged the soul of the 102-year-old former liberation movement.

"It is not necessarily the huge sum paid by the public that is the most corrupt aspect of Zuma's palatial rural estate," the Business Day newspaper said in an editorial this week.

"It is how voraciously this wretched business has sucked in so many others: ministers, bureaucrats, party officials and, as the election hots up, ordinary loyalists."

Barring a major upset, the stock market and rand should take the vote in their stride and could even gain if South Africa's reputation for stability relative to other emerging markets such as Brazil, Ukraine or Turkey is affirmed.

"Overall, the election is reassuringly boring," said Simon Freemantle, an economist at Standard Bank in Johannesburg. "We know who's going to win and we know there are not going to be any radical policy changes. That is reassuring."

The ANC's nearest rival, the Democratic Alliance, polled 16.7 percent nationwide in 2009 and, even though it has been gaining ground, is still seen too much as the political home of privileged whites to have mass appeal.

Instead, the most spirited challenge has come from the ultra-leftist Economic Freedom Fighters (EFF) led by expelled ANC Youth League leader Julius Malema, who models himself on Venezuela's Hugo Chavez, right down to the jaunty red beret.

In his final rally at a Pretoria soccer stadium, Malema, who wants to nationalise banks and mines and seize white-owned farms without compensation, lambasted everything from the Nkandla issue to foreign investors and former colonial powers.

"London must know that we're not scared of the queen," he said to thunderous applause. "We shall not report to London. We will report to the people. The people of South Africa will decide how business is conducted in South Africa. We are taking everything."

However, even the EFF's noisy emergence is likely to have minimal overall impact, with polls putting its support at 4-5 percent.

The silver-tongued Malema himself is also likely to barred from public office this month if a court confirms a provisional sequestration order imposed in February because of 16 million rand ($1.4 million) owed in unpaid taxes.