"It is a political literacy drive. Our cultural systems should also be improved through education to have a literate society," Deputy Education Minister Bol Makueng said. 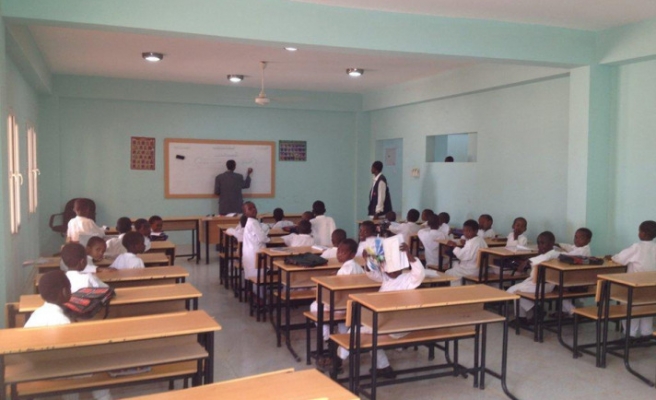 "It is a political literacy drive. Our cultural systems should also be improved through education to have a literate society," he added.

"It is a holistic approach to education. The campaigns will occur everywhere – in the cattle camps and fishing centers. I call on all partners to be part of the journey," Makueng said.

According to the official, the initiative will also involve campaigning against child marriages.

"Early child marriages should be eradicated. It stops the education of girls and also endangers their health," he said.

According to official 2009 statistics, South Sudan's illiteracy rate stands at 75 percent. Makueng, however, said this figure may not be accurate.

"87 percent of people [in South Sudan] are illiterate; we need to reduce this," he said.

According to the United Nations Educational, Scientific and Cultural Organization (UNESCO), there is a need to promote community teaching centers across the country.

"South Sudan has one of the lowest literacy rates in the world," Caroline Ledel, an education official with UNESCO, said at the launch ceremony.

"Literacy is a primary responsibility of the government and UNESCO will support the implementation of this campaign. Without literacy, there is no peace, no health and no sustainable development," she added.

Ledel went on to stress the need to empower teachers.

"There is need to motivate teachers so they are willing to stay in class," she said.

BRAC, an international development organization devoted to improving South Sudan's education sector, said that 300 learning centers would be opened in rural areas across the country in line with the campaign's objectives.

"We are opening 300 learning centers that will especially target girls and women who have dropped out of school," BRAC country representative Abubakar Siddique said.

"Alternative education will be provided at these centers, along with accelerated learning programs and adult education," he added.

In accelerated learning programs, Siddique said, students would spend no more than two years at the primary and secondary levels.

"In this system, they will spend two years in primary and go to secondary for the same period before moving on to higher learning to allow them to catch up with their age mates," he added.