South Sudan descended into chaos exactly one year ago, memorial service held for those who have lost their lives in the ongoing conflict. 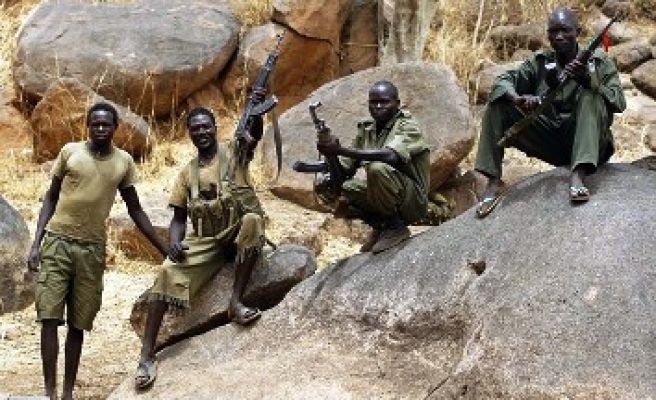 World Bulletin/News Desk
South Sudanese on Monday held a memorial service for the thousands of their compatriots who have lost their lives in the country's ongoing conflict, which began exactly one year ago Monday.

"It is one year today since this suffering began on our people," Archbishop Paulino Lukudu said in a sermon given to thousands of people who congregated at St. Teresa's Cathedral in Juba.

"We have misused power and this has led to the crisis the country is now in," he said.

"Our prayers for those who have suffered and died since December 15 is the only recourse we have," added Lukudu.

Full-blown armed conflict erupted on December 15 of last year, which President Salva Kiir was quick to portray as a coup attempt by Riek Machar, his sacked vice-president, and the latter's supporters.

Shortly afterward, the epicenter of the crisis shifted to South Sudan's Upper Nile, Unity and Jonglei states, where it has continued to simmer, claiming tens of thousands of lives and displacing nearly two million people.

The conflict has also left about four million people at risk of food insecurity, according to humanitarian agencies.

Up until this point, however, the talks have failed to produce any breakthroughs.

"The leaders [of the two warring camps] should rethink [their strategies] and put aside their interests for the sake of the people," said Archbishop Lukudu.

"Power and leadership belong to the people. Therefore, it should be used by the people for the good of the people," the top clergyman asserted.

He called on the faithful to seek God's help.

"We should not be discouraged by what is happening around us, but continue to pray," added Lukudu. "Let us pray for peace; let us pray that justice will prevail."