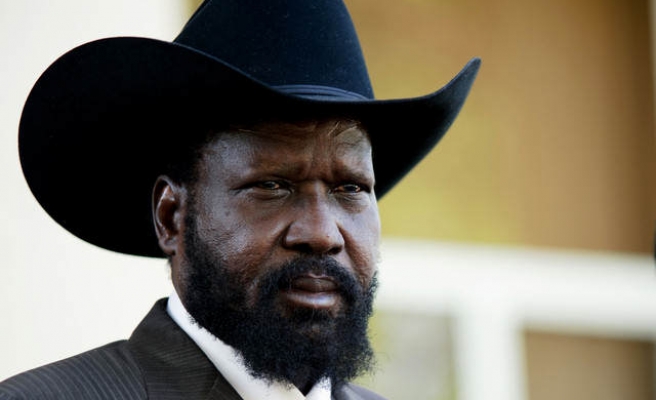 South Sudan's President Salva Kiir has finally agreed to sign a peace deal and power-sharing accord to end a 20-month civil war, his spokesman said Tuesday.

Presidential spokesman Ateny Wek Atenysaid that the presidents of Kenya, Uganda and Sudan plus Ethiopia's prime minister "will converge on Juba tomorrow morning for a one day summit, and the President of the Republic of South Sudan will sign the peace agreement."

The spokesman said the government was still unhappy with the accord, drawn up by the regional bloc IGAD.

"The government has some reservations... even if the President will sign," Ateny said.

South Sudan's rebel leader Riek Machar, a former vice president, signed the deal last Monday, in line with a deadline to do so.

But Kiir only initialled part of the text, and his government slammed the accord as a "sellout" -- saying it needed more time for consultations.

Key issues of disagreement include details of a power-sharing proposal between the government and rebels, which could see Machar return as vice-president.

Ateny also said the government was unhappy over calls to demilitarise the capital Juba, hand over greater powers to the rebels in the oil-rich Upper Nile region, and see foreigners in charge of a Monitoring and Evaluation Commission -- the body that will police the implementation of the peace deal.

South Sudan's civil war erupted in December 2013 when Kiir accused his former deputy Machar of planning a coup, setting off a cycle of retaliatory killings that has split the poverty-stricken, landlocked country along ethnic lines.

Marked by widespread atrocities on both sides, the war has been characterised by ethnic massacres and rape.

At least seven ceasefires have already been agreed and then shattered within days -- if not hours -- in the world's newest country, which broke away from Sudan in 2011.

The peace proposal has been put forward by the regional eight-nation bloc IGAD, the Intergovernmental Authority on Development, as well as the United Nations, African Union, China and the "troika" of Britain, Norway and the United States.