The peace talks have been held, to government-controlled Juba and was greeted by security officials of President Salva Kiir, an ethnic Dinka. 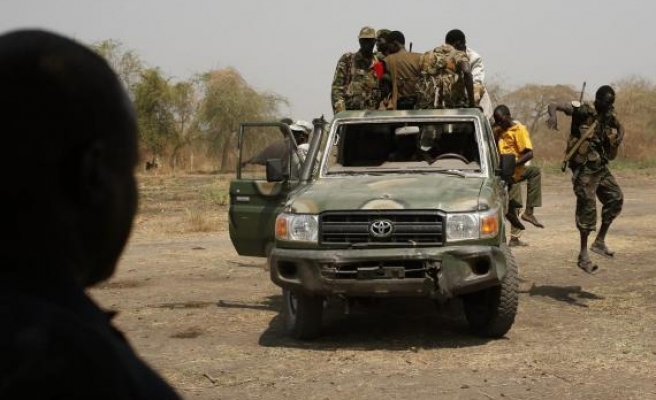 A military spokesman for South Sudan's rebels quit on Thursday, saying slow-moving peace negotiations to end the ethnic-fuelled conflict were ignoring the demands of smaller factions.

The move by Lul Ruai Koang, formerly a rebel spokesman for military affairs, highlights the challenge of healing deep divisions in a nation that only gained independence in 2011, and has been torn apart by more than a year of fighting.

Koang flew back from Ethiopia, where the peace talks have been held, to government-controlled Juba and was greeted by security officials of President Salva Kiir, an ethnic Dinka.

Koang, a brigadier-general, told reporters he had formed the South Sudan Resistance Army/Movement to support the rights of his Lou Nuer ethnic group. Rebel leader Riek Machar is from the broad Nuer ethnic group, but from a different Nuer sub-clan.

The fighting has killed more than 10,000 people and driven more than 1.5 million from their homes. It erupted in December 2013 after a political dispute that saw Machar sacked as deputy president. The conflict has broadly followed ethnic rifts that pre-date independence.

In the past year, ceasefire deals have been routinely ignored by both sides and the peace talks in Ethiopia have moved at a glacial pace. The two sides agree that power should be shared, but not exactly how those powers would be divided.

Koang said he was frustrated that Machar would return to his former role as vice president under the latest pact, saying the demands of other groups had not been addressed.

"Local issues need to be addressed especially in Greater Lou Nuer," he told reporters. "If these issues are not addressed, then the possibility of us going back to war is very high."

He said he would discuss those issues with the government.