HRW said in a report soldiers had killed at least 96 members of the Murle tribe, including 74 civilians, 17 of them women and children, between December and July. 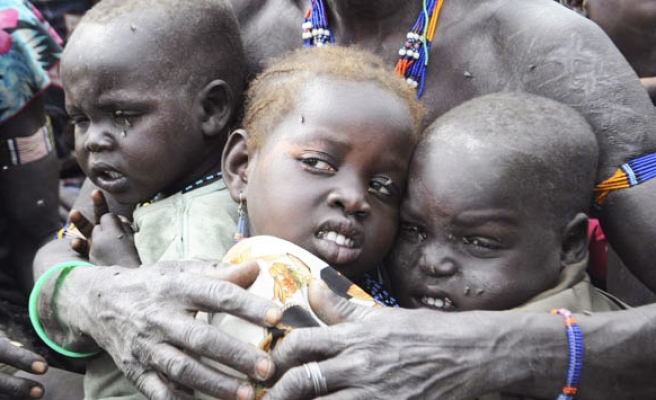 South Sudan's army has killed almost 100 members of a small tribe, executing some of them in cold blood, during seven months of fighting with rebels in the eastern Jonglei state, Human Rights Watch said on Friday.

South Sudan's defence minister Kuol Manyang declined to discuss details of the report by the New York-based rights group. But he told Reuters authorities had launched an investigation in August into army abuses in the vast territory.

South Sudan's army spokesman could not be reached on his mobile phone.

South Sudan's army is grappling with a rebellion led by local politician David Yau Yau as well as clashes between his Murle tribe and the rival Lou Nuer in Jonglei, which borders Ethiopia.

Western powers are worried a heavy-handed army approach is worsening the violence, undermining stability in the African country already awash with arms after decades of conflict.

HRW said in a report soldiers had killed at least 96 members of the Murle tribe, including 74 civilians, 17 of them women and children, between December and July.

Some of them were shot dead in crossfire during battles with rebels, HRW said.

Others were executed as an apparent punishment for alleged support for Yau Yau or for failing to give up weapons during an army campaign to disarm locals, the campaign group added.

"SPLA soldiers approached a group of civilian men ... and demanded that the men hand over their guns." the report said, citing witnesses.

"The men gave the SPLA two rifles. The SPLA then tied up the men into two groups of seven. The soldiers executed the men in one group at the site and took the men in the other group some distance away and shot them," it added.

Yau Yau's group has said it fights to end army abuses, corruption and the domination of the ruling party in South Sudan.

"Soldiers should be protecting Murle civilians in Jonglei state from the fighting and the ethnic conflict," said Daniel Bekele, HRW's Africa director. "Instead, the army has been killing these vulnerable people."

Last month, President Salva Kiir ordered the arrest of several generals in Jonglei over the alleged killing of civilians and other reported abuses under their command.

South Sudan's government has struggled to reform and modernise its army, a lose umbrella of former guerillas who fought Sudan's government forces during decades of civil war. That conflict ended in a 2005 peace deal that paved the way for South Sudan to secede in 2011.

Tribal violence, often triggered by conflicts over livestock and land, has killed more than 1,600 people in Jonglei since the secession, hampering plans to explore the state for oil with the help of France's Total and U.S. firm Exxon.