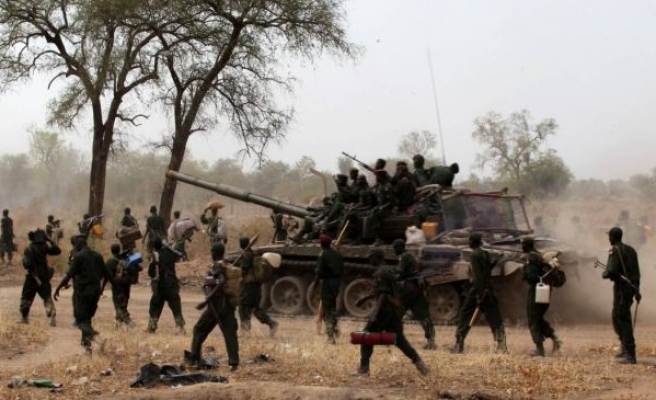 Conditions in war-torn South Sudan have worsened with thousands fleeing fighting since a ceasefire deal three weeks ago, the United Nations has warned.

In the northern battleground state of Unity, thousands of civilians are trekking through the vast Sudd swamplands to reach the village of Nyal, away from fighting.

"About 10 canoes, each carrying 60 to 70 people, have arrived in Nyal on a daily basis since mid-August," the UN office for the Coordination of Humanitarian Affairs (OCHA) said in its latest report.

At least 18,000 people have arrived in Nyal in the past two weeks, taking the total there to more than 78,000 civilians, the report added.

In the capital Juba, the UN warned of a "deteriorating security situation", where an aid worker was murdered in a "brutal attack" on September 10, taking the total killed since the war began to 34.

Some 1.64 million people have fled fighting inside the country, another 628,000 have fled as refugees into neighbouring nations, while over 4.6 million people are now dependent on food aid.

The army and rebels have repeatedly traded blame accusing each other of breaking an August 29 ceasefire deal, the eighth such agreement to have been signed since civil war broke out in December 2013.

Despite the fighting, both sides say the political deal remains in place.

Over 192,000 terrified civilians are sheltering inside UN bases.

In the largest camp, the UN base in the Unity state capital Bentiu -- home to 112,000 civilians -- some 34 children died in just one week alone, many from malaria, the UN report added.

"Malnutrition remains a major concern across the country," the UN report added.