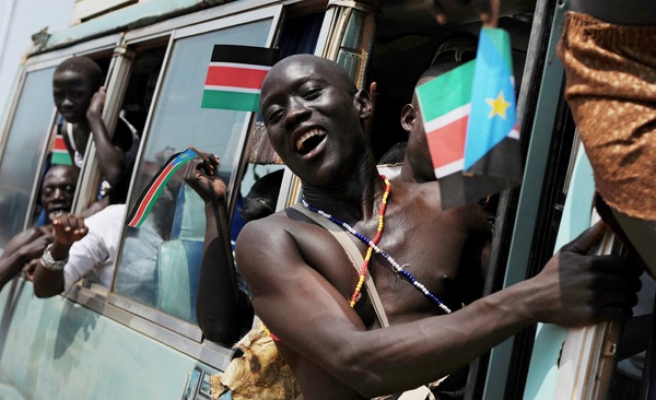 An agreement, hailed as a breakthrough, has been signed in the Ethiopian capital Addis Ababa that will allow an armed South Sudan opposition group to enter Juba in mid-November to start a transitional government.

According to the agreement signed Tuesday, the South Sudan People Liberation Movement in Opposition (SPLM/A-IO) led by former vice president Riek Machar will enter the South Sudanese capital of Juba in mid-November to start the 30-month Transitional Government of National Unity (TGoNU) to end 21 months of war.

Also, the recently organized Joint Monitoring and Evaluation Committee (JMEC), led by former Botswana President Feastus Mogae, will take over from the east African trading bloc Intergovernmental Authority on Development (IGAD) to oversee implementation of the peace deal on November 15 in Juba, it was announced.

On October 26, the warring factions in South Sudan agreed in the Ethiopian capital of Addis Ababa to form a joint police force and implement demilitarization of Juba city, following an impasse in the peace deal signed by South Sudan President Salva Kiir and rebel leader Machar in August.

According to the “Permanent Cease-fire and Transitional Security Arrangements” signed on October 26, a 3,000-strong Joint Integrated Police Force - 1,500 from each warring groups - will be formed for a 30-month transitional period. “The Presidential Guard shall be limited to 1,000, [while] the first vice president’s protection detail shall be limited to 300,” the agreement said.

Also, according to the deal, the South Sudanese capital Juba and 25 kilometers around it will be demilitarized, while 5,000 lightly-armed guards will secure barracks, bases and warehouses.

The transitional period beginning mid November is expected to last for a period of two-and-a-half years during which the army, currently split into two between the warring factions, is expected to be reunified.

On Tuesday, IGAD chief mediator Ambassador Seyoum Mesfin said: “Can I now declare … that the war is finished?”

“The security agreement signed was essential requisite to implementing the peace deal,” Seyoum told reporters, adding that the two sides exhaustively dealt with all issues related to security and “hence…the road to peace is cleared now”.

The final detailed agreement was signed Tuesday by Major General Marshal Stephen from the government, James Kong Chol from SPLM/A-IO and Deng Ajak from SPLM-Former Detainees in the presence of special envoys for South Sudan and representatives of IGAD member states and international partners.

South Sudan slid into chaos after Kiir sacked his ex-vice president Machar, accusing him and scores of others of plotting a coup.

In the ensuing violence that descended into a civil war and spread quickly across the country, tens of thousands were killed and nearly two million people were displaced.

Talks between the Sudanese government and Sudan People’s Liberation Movement-North (SPLM-N) stalled in December. Since then African Union mediators led by former South African President Thabo Mbeki have been working to get the negotiations in Addis Ababa back on track. A cease-fire was declared last month.

The SPLM-N has been fighting government troops in the southern Blue Nile and South Kordofan states since 2011.