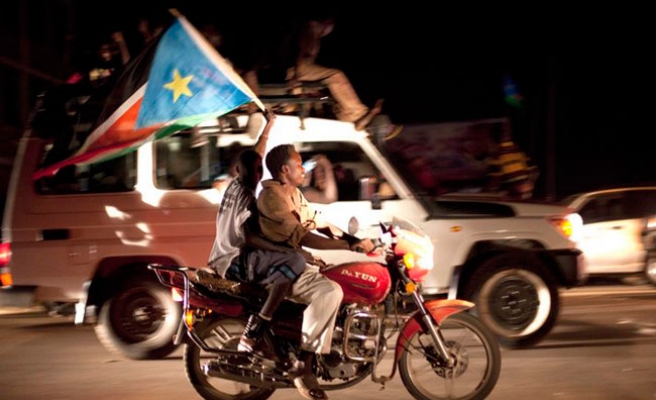 A large rebel group in South Sudan on Wednesday declared a ceasefire with the government of the new African nation, which is battling insurgent militias on several fronts.

South Sudan seceded from the north on July 9, a separation won in a January referendum that was the climax of a 2005 peace deal ending decades of civil war with Khartoum.

The oil-producing state is struggling with poverty, underdevelopment and persistent instability that threatens its east African neighbours.

At least seven rebel militias are fighting the new government's forces in remote parts of a country roughly the size of France.

Rebels headed by former southern army officer Peter Gadet, one of the most powerful militias according to analysts, said they had accepted a recent offer of amnesty by southern President Salva Kiir.

"We declared an unconditional ceasefire with the government of Southern Sudan and we also accept the amnesty that was declared by the president of the Republic of South Sudan," Gadet's spokesman Bol Gatkouth Kol told Reuters.

"We will send a delegation to Juba to discuss with the government of South Sudan so we can reach an amicable reconciliation and agreement."

Previous government offers of amnesty have had little success and Gadet's rebels had only two weeks ago said they would reject the amnesty after a separate rebel leader, Gatluak Gai, had been killed.

More than 2,300 people have been killed in rebel and tribal violence in the south in 2011, according to the United Nations.