China will give a $158 million loan and help complete the airport project, Information Minister Barnaba Marial Benjamin told reporters after a cabinet meeting. 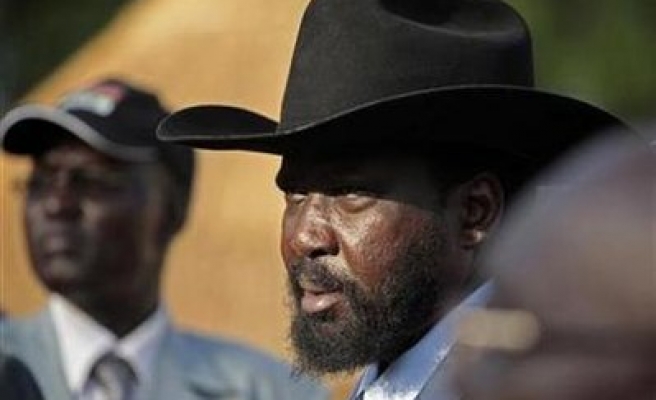 South Sudan said on Friday China would help build a new airport in the capital Juba, completing a project that has highlighted the government's struggle to execute infrastructure projects.

South Sudan has been trying to build up efficient state institutions and start development despite netting in billions of dollars in oil revenues since a 2005 peace agreement with Sudan.

The government had planned to have a new airport terminal ready for independence celebrations in July 2011 but works have been hampered for years by funding problems and poor planning.

China will give a $158 million loan and help complete the airport project, Information Minister Barnaba Marial Benjamin told reporters after a cabinet meeting.

The current passenger terminal was built by Sudan to serve what was then thin traffic between Khartoum and the poor south. It consists of two small halls where airlines check in passengers without computers or proper baggage weight checks.

Security checks are minimal because of the frequent power outages. Luggage from arriving passengers is loaded on a long bench in the absence of a luggage carousel.

Some 22 airlines serve Juba International Airport, mostly from African neighbours such as Kenya, Uganda and Ethiopia.

Barnaba said South Sudan would pay an annual interest of 2 percent for the loan which would have to be paid back after 20 years.

He also said the cabinet launched plans to set up a national carrier with the help of private investors.

He gave no timeframe for the airport or airline project.

South Sudan is one of the least developed countries in the world after decades of civil war with Sudan.

In January it shut down its oil production which contributed to 98 percent of state revenues in a row with Khartoum over pipelines fees. Both countries agreed this month to end the dispute but the deal has yet to be implemented.

China used to be the biggest buyer of South Sudanese oil until the shutdown.