Although South Sudan did not have the money to pay for the pipeline's entire cost, the newly independent country would invest in the project and had the necessary reserves of crude to offer guarantee to any financiers. 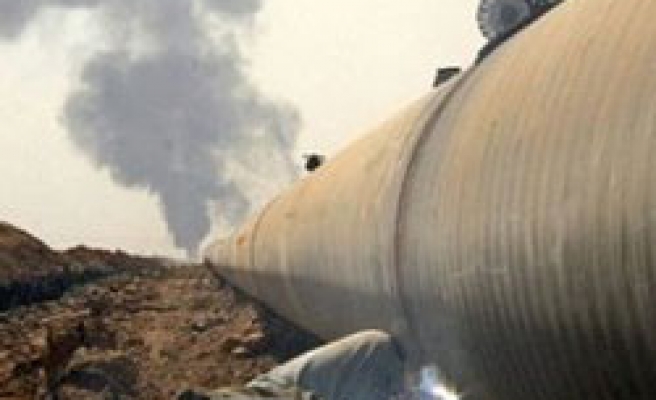 A pipeline allowing South Sudan to export its oil via the Kenyan port of Lamu, freeing the landlocked country from reliance on a route through Sudan, will cost $3 billion, Finance Minister Kosti Manibe said.

Manibe said that although South Sudan did not have the money to pay for the pipeline's entire cost, the newly independent country would invest in the project and had the necessary reserves of crude to offer guarantee to any financiers.

"The 2,000 km pipeline will cost approximately $3 billion dollars," he told a news conference in Nairobi on Friday.

"We don't need to have the money right now, we have the reserves," he said. "South Sudan will definitely have equity in the pipeline," he added.

Officials expect construction on the pipeline will begin by June 2013 and last two years. They said it will be able to transport between 700,000 barrels and 1 million barrels of Southern Sudanese crude per day.

China was the biggest buyer of South Sudanese oil before the shutdown, and Chinese state firms are the biggest oil operators in the world's youngest country.

In January, South Sudan signed an agreement with neighbouring Kenya, the region's largest economy, to build the pipeline to connect its oil fields with Lamu, which is under construction.

"We believe from the indications that we've been given that we if we are lucky we might have as much oil as (South) Sudan. Any extra that we don't use in the country we are going to put in the same pipeline as the Sudanese oil and export it through the port of Lamu," said Murungi.

Murungi said the country is also planning to build a second refinery in the northeastern town of Isiolo to produce up to 100,000 barrels per day and refine crude from Turkana.

Kenya already has another refinery near the port of Mombasa, processing 1.6 million tonnes of crude a year.