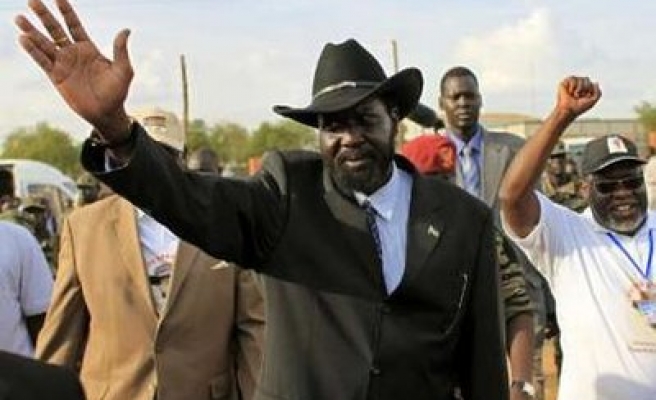 Kiir is due to meet Machar later in the day amid hopes that the new round of talks will lead to a final peace deal, ending months of deadly fighting in the nascent country, an Anadolu Agency correspondent reported.

Under an agreement signed last month by Kiir and Machar, the two sides have until March 5 to hammer out a comprehensive peace agreement, to be followed later by the formation of a transitional unity government.

On Feb. 23, representatives of both camps resumed talks in Addis Ababa to finalize power-sharing issues and determine the army's status during a transitional period.

Under the earlier agreement, the transitional government was to be shared between the current government in Juba (53 percent), Machar's camp (33 percent), and other political parties (14 percent).

Failure to reach a final deal by the March 5 deadline could result in African Union sanctions – including travel bans, asset freezes and arms embargoes – on both sides of the conflict.