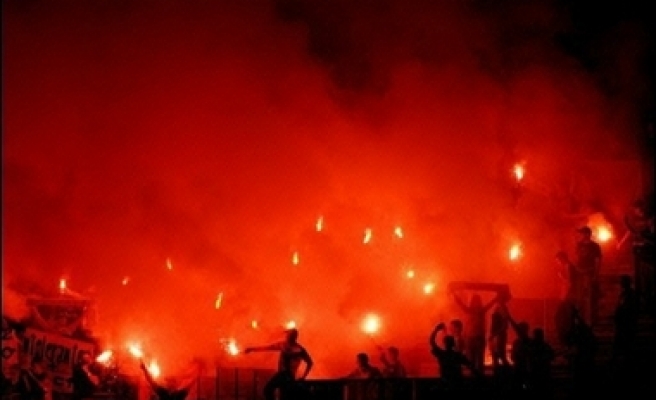 JS Kabylie striker Albert Ebossé died Saturday when he was struck by a projectile during a league football game in Algeria.

The Cameroon-born striker died in hospital from head injuries after he was struck by an object from the stand following his team's 1-2 defeat to USM Alger, a medical source said.

Ebossé, 25, had scored his team's goal in the game.

In a statement, JS Kabylie said Interior Minister Tayeb Belaiz has ordered an investigation into the circumstances surrounding the striker's death.

The Cameroonian striker signed for JS Kabylie in July 2013. He was the top scorer in the Algerian league last year with 17 goals in 30 appearances for JS Kabylie.

Ebossé had played for Coton Sport FC, Unisport Bafang and Douala AC in his homeland before moving to the Malaysian club Perak FA in 2012.