Sudan's cabinet approved a new strategy for the Darfur conflict on Thursday that would reduce the emphasis on international peace talks with rebel groups. 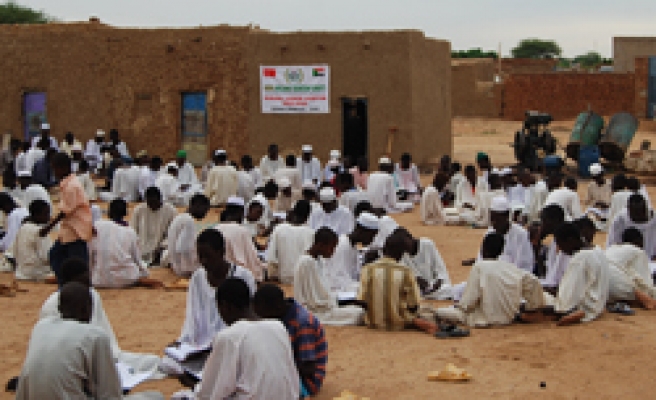 Sudan's cabinet approved a new strategy for the Darfur conflict on Thursday that would reduce the emphasis on international peace talks with rebel groups, a plan the rebels dismissed as a "recipe for war".

Peace talks between the government and rebels in the Qatari capital Doha have made some headway, with major rebel groups boycotting. Under the new strategy, Khartoum would continue the troubled negotiations in Doha, but those talks would no longer be the centre of its strategy.

"We envisage a shift in the centre of gravity towards an internal process to address the needs of the people of Darfur," said a draft version of the new strategy seen by Reuters.

The government would set up a "Darfur Consultative Forum" inside Sudan for discussions with representatives of groups not involved in fighting on subjects including security, resettlement and reconciliation.

"Ceasefires or peace agreements with armed rebel movements are not sufficient to resolve security problems," it said.

The new strategy blames past failures on in-fighting between the two main rebel groups that took up arms in 2003. The rebels accuse Sudan's government of neglecting the region.

"Rebel groups and other factions compete against each other over who is more hardline and intransigent, making it very difficult for any group to agree even to sit at the negotiating table," the draft said.

However, al-Tahir al-Feki, from the rebel Justice and Equality Movement (JEM) that is boycotting the talks called the new strategy a "recipe for war, because the Sudan government is not genuine in its call for recovery and development.

"That depends on a peace settlement between the warring factions and that has not been achieved yet," he said.

The Liberation and Justice Movement, an umbrella group of small factions, also rejected the new plan saying it undermined the Doha talks, which it is still attending.

Under the strategy, discussions would lead to the creation of a political agreement that "all parties to the Darfur conflict, including armed belligerents, will be invited to sign", said the government statement.

It also called on international peacekeepers and aid groups to shift their work towards long-term projects to re-build the region and encourage refugees to return home.

Will the suffering never end for Darfur? I don’t understand how after so many years the conflict is still raging. I recently saw Attack on Darfur at the NYIFF and was absolutely shocked by the brutal violence that innocent people have to endure. No one should have to live in that kind of fear everyday- it’s no life at all.

please let there be freedom for everyone in darfur as negotiation take is on; forever