Security agents arrived at the house of Kamal Omar, a prominent member of the opposition Popular Congress Party and arrested him, his wife said. 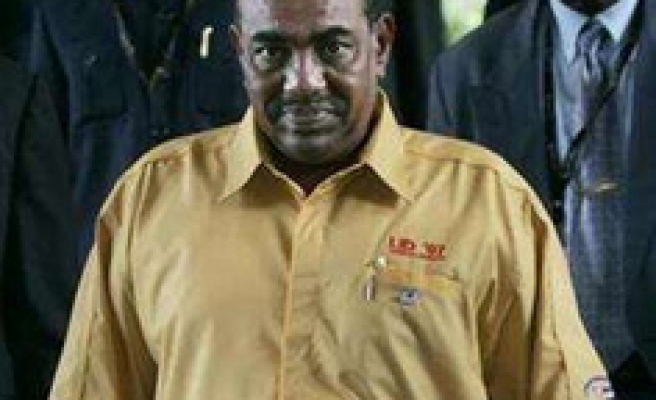 Security forces in Sudan have arrested a prominent opposition politician, his wife and a party official said on Sunday, just days after the country's main opposition parties called for strikes and protests to topple the government.

Security agents arrived at the house of Kamal Omar, a prominent member of the opposition Popular Congress Party, at around 11:00 p.m. (2000 GMT) on Saturday night and arrested him, his wife said.

"Two cars came to our house and about five security officers came inside," she told Reuters.

Another party leader confirmed the arrest. There was no immediate comment from the security services.

The arrest followed a declaration on Wednesday signed by the country's main opposition parties that backed the demonstrations, even though they have not yet brought their supporters onto the streets in large numbers.

Omar's party is headed by Hassan al-Turabi, once one of Sudan's most influential politicians and a former spiritual mentor to President Omar Hassan al-Bashir, who came to power in a bloodless 1989 coup. Turabi himself has been arrested a number of times.

The two men fell out in the late 1990s and Turabi has since become one of the government's most outspoken critics.

Sudan has been battling an economic crisis - including a budget deficit, high inflation and a depreciating currency - since South Sudan took three-quarters of the country's oil production with it when it seceded a year ago.

Last month, the government announced tough austerity measures aimed at stabilising the economy, a move which triggered a spate of small demonstrations.

The protests have rarely gathered more than a few hundred people at any one time, but are an added challenge for a government which is already trying to quell multiple armed rebellions.