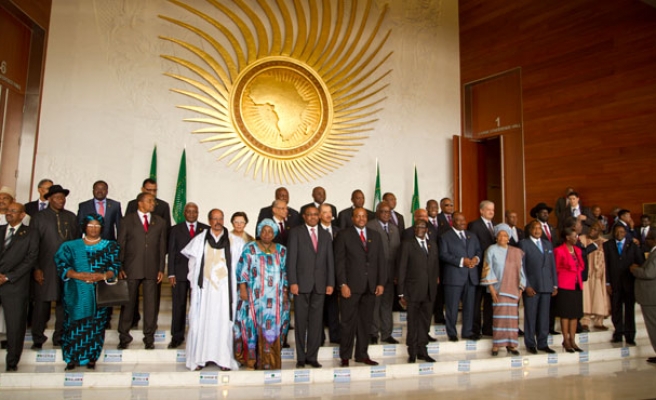 A rare diplomatic row broke out between Sudan and the African Union during an AU mission’s recent visit to the troubled region of Darfur that ended last Sunday.

The AU and Khartoum have long enjoyed good relations as African leaders have strongly supported Sudanese President Omar al-Bashir in his battles against the International Criminal Court (ICC).

Thousands of African peace keepers have been deployed in the Sudan hotspots Darfur and Abyei, the contested area bordering South Sudan.

Sudanese officials also prefer to deal with the African mediators in Sudanese conflicts to avoid what they call “Western intervention” in domestic Sudanese affairs.

The exception of this good understanding between the two sides is the exit of the United Nations and the African Union Mission in Darfur (UNAMID) from the region.

Khartoum has called for the mission to leave the region, despite international stakeholders believing that a full withdrawal could cause a security and humanitarian vacuum in the region.

Last Friday’s visit ignited the dispute between the two sides when the local government of North Darfur state decided to ban AU mission flights over its airspace due to the team’s unpermitted movements in the troubled region.

The African Union assessment team, headed by ambassador Naeemi Azizi to evaluate the security and humanitarian situation in the Darfur, left Sudan last Sunday after a four-day visit.

The Sudanese government backtracked, however, and announced that reports of the flight bans were incorrect.

Sudanese ministry of foreign affairs spokesman Ali al-Sadig told Anadolu Agency that the information regarding the banning of UNAMID flights was totally untrue, adding that these false allegations were aimed at sabotaging relations between Sudan and the AU.

The story began when the AU delegation visited Khor Abachi and other areas populated by Internally Displaced Persons (IDPs) in the troubled region without prior security clearance from government authorities, an official source told Anadolu Agency.

The source, who spoke on condition of anonymity, accused the mission of changing the team’s program by organizing a visit to Khour Abashi’s IDP camp in South Darfur without informing the competent authorities.

He said that UNAMID took the AU delegation on board one of its planes to South Darfur without informing the governments of North and South Darfur. He stressed that the visit was not listed in the AU team’s official program.

Relations between Khartoum and UNAMID have almost reached breaking point as the Sudanese government believes that the mission has leaked fabricated information about government abuses in the region to the ICC.

UNAMID, on the other hand, has repeatedly accused the government of restricting its personnel’s movement and thus their ability to implement their mandate of civilian protection in the region.

Ashraf Issa, spokesman of the UN peacekeeping mission, said in a press release last Monday that they never received any notification of flight restrictions in Darfur and have notified the government of the AU team’s movement in the region.

He added that authorities at el-Fashir airport in North Darfur prevented some of those on UNAMID’s flight list to get on board.

Another source from the mission said that the confusion was caused by the government’s decision to ban the flights, leading the AU delegation to cancel a scheduled press conference at the end of the team’s visit.

The UNAMID public information office had circulated invitations to journalists to attend the press conference but canceled the event at the last minute without clarifying the reasons behind the decision.

The mission has been accused by its former spokeswoman Aisha el-Basri of deliberately contributing to covering up crimes committed by government militias in the region.

Abdullah Adam Khatir, a Sudanese expert on Darfur, said that despite the problem seeming to be caused by miscommunication between the two sides, it actually has other dimensions.

He told Andadolu Agency that the incident was the latest in a series of such crises, showing the lack of confidence between UNAMID and the government.

“I think that the dispute over the ‘UNAMID exit strategy’ is behind this diplomatic crisis,” he said.