No reason was given for the confiscation 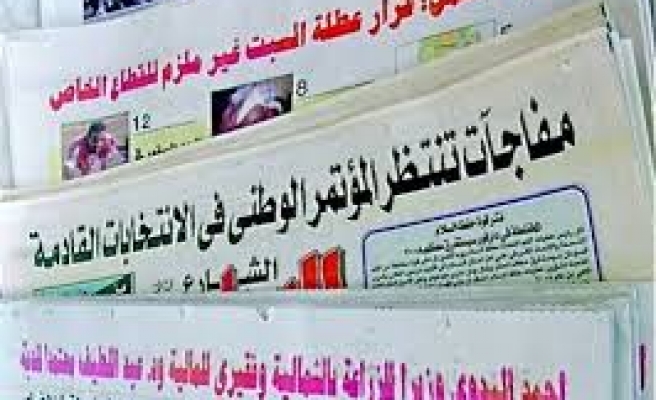 World Bulletin / News Desk
Sudan's intelligence service on Monday confiscated the copies of over ten newspapers after their print, according to sources with the confiscated papers.

The chief editor of interdependent daily Al-Tayyar, Osman al-Merghani, told The Anadolu Agency that his paper was seized Monday morning, along with at least ten other papers.

Al-Sudani daily chief editor Diaa Bilal also said that the Monday copies of his paper were seized, and that he doesn't understand the reason behind seizing this number of newspapers.

Most of the newspapers are either independent or close to the ruling National Congress Party, an Anadolu Agency correspondent reported.

Sudanese authorities could not be reached for a comment.