Mass protests engulfed Sudan after a government decision on Sunday to lift state subsidies on fuel and several other commodities as part of a controversial economic reform program. 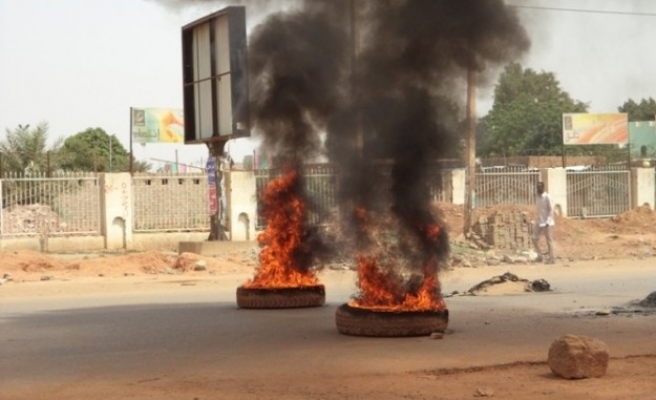 Sudanese authorities confiscated editions of two newspapers on Friday over their coverage of mass protests against government austerity measures.

Editions of the Arabic dailies Al-Sudani and al-Mijhar al-Syasi were confiscated on Friday. Authorities also prevented al-Watan newspaper from publishing their Friday edition.

"First, we were prevented from publishing our Thursday edition, and then our edition today was completely confiscated by the Sudanese National Security and Intelligence Services (NISS), without giving any reasons," Khalid Ahmed, political news editor of Al-Sudani newspaper, told Anadolu Agency.

Meanwhile, three Arabic dailies have stopped the issuance of their editions following NISS orders to stop their coverage of the demonstrations, except through official statements issued by Sudanese authorities.

"We would not work and continue issuing under the current conditions, imposed by the NISS, by publishing fake information to mislead the Sudanese people on what is going on," a reporter in the Al-Ayaam daily told AA.

He pointed out that the editor-in-chief has decided to stop issuance of the daily, citing difficulty to pursue professionalism under the current circumstances.

Al-Garar newspaper also said that it has taken the side of the people and decided to stop issuance on Thursday.

In another development, a number of journalists, including the editorial adviser of al-Sahafa daily quit their posts, citing the "unfavorable" working atmosphere.

"It’s a historical responsibility, and I don't want to be a part of it," said reporter Hind Ramadan.

She said that her newspaper has taken a side against the protesters since the start of the demonstrations, while neglecting the real death toll among protesters.

Mass protests engulfed Sudan following a government decision on Sunday to lift state subsidies on fuel and several other commodities as part of a controversial economic reform program. It also raised taxes on a number of consumer goods.

While activists say more than 70 people have been killed in the protests, Sudanese authorities put the toll at 29.