Released prisoners from both sides accuse captors of torture, as tensions between Sudan and Egypt simmer 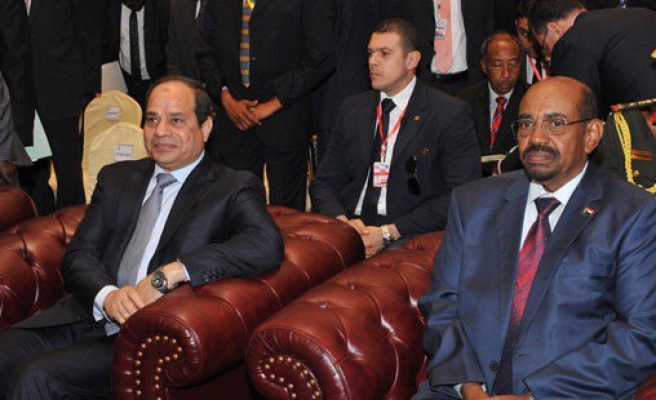 The prisoner exchange that took place in recent days between Egypt and Sudan ended four months of detention for around 150 nationals from both countries, but it is also part of continuous mutual pressure between the two neighboring nations.

Earlier this month, the Sudanese president decided to pardon 101 Egyptian fishermen accused of spying. In return, Egypt's president issued a release order for Sudanese prisoners in Egypt who were held for illegally crossing the border, although they were not released until Friday.

The Sudanese president’s pardon for the Egyptian fishermen was “a gift to the people of Egypt for the inauguration of the Suez Canal's new extension,” according to the Sudanese ministry of foreign affairs.

The ministry confirmed that Sudanese authorities have dropped espionage charges against the Egyptian fishermen, which are considered the first of its kind in relations between the two countries.

Sudanese Ministry of Foreign Affairs spokesman Ali al-Sadig denied any diplomatic rows between the two countries due to the incident, but refused to elaborate on Sudanese evidence that the Egyptian fishermen were engaged in spying activities in Sudanese water territory.

He also told Anadolu Agency that the two countries are enjoying brotherly relations, pointing to the participation of the Sudanese president at the inauguration of the Suez Canal extension.

He added that there are large numbers of Sudanese citizens still serving sentences in Egyptian prisons for various crimes, but declined to give an exact number.

The released Egyptian fishermen disclosed a surprise, however, when they arrived in Egypt, saying they were tortured by Sudanese intelligence agencies.

Egyptian media reports have quoted many of the fishermen saying they were subjected to ill treatment and torture.

“We were staying in bad conditions for a long time without enough food or clean water,” one of the released fishermen claimed.

The spokesman for the Sudanese foreign affairs minister denied the Egyptian fishermen’s allegations.

One of the Sudanese prisoners said on his arrival to Port Sudan that they were also subjected to bad treatment in Egypt.

He said that they were accused of supporting terrorism.

“The Egyptian security agencies insulted us, telling us that we were terrorists and supported terrorism in Egypt,” he claimed.

Sudanese security expert Hassan Byoumi said that both countries are trying to exploit the incident through media and diplomacy channels to put pressure on each other with regards to their other outstanding disputes.

He told Anadolu Agency that it would have been better to conduct the prisoner exchange through the International Committee of the Red Cross in order to avoid any mistrust and to probe the circumstances of the detentions.

Khalid Yousef, an Egyptian journalist at the Dot.Egypt online newspaper, told Anadolu Agency that politicking had complicated the prisoners issue.

“Other outstanding issues like the dispute over the Ethiopian renaissance dam, the border dispute and the suspected role of Sudan in supporting the Muslim Brotherhood and also in Libya have frequently ignited the situation between the two countries,” Yousef said.

He added that the only solution for the troubles between Cairo and Khartoum are confidence-building measures and the implementation of the four freedoms, which grant citizens of the two countries the freedom of movement, residence, labor and property ownership.