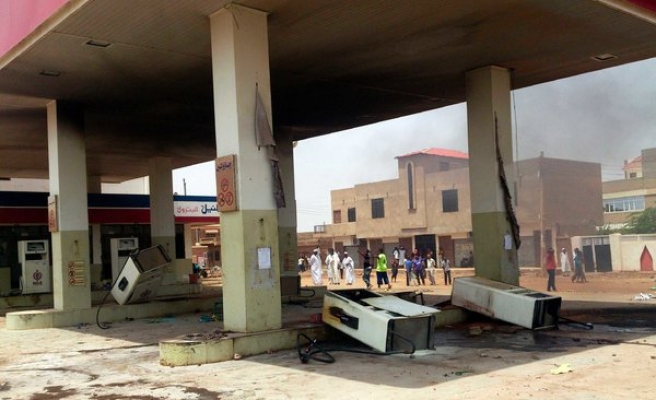 Sudanese police on Monday barred activists and families of detainees from staging a demonstration in capital Khartoum to demand the release of detained opposition leaders.

Police prohibited around 30 activists and relatives of detainees – including the family of detained opposition leader Farouk Abu Issa – from gathering next to the Justice Ministry building in Khartoum, an Anadolu Agency correspondent reported.

Altercations eventually broke out between the two sides, which ended with the departure of the demonstrators.

Sudanese police spokesmen could not be immediately reached for comment.

Last Saturday, Sudanese authorities arrested Abu Issa one day after his return from Ethiopian capital Addis Ababa, where he had signed an agreement with the Revolutionary Front, a coalition of four armed groups fighting Khartoum in eight of Sudan's 18 provinces.

Police also arrested Amin Mekki Medani, one of the leaders of the Civil Society Initiative, a coalition of civil society organizations. Medani is also a signatory to the "Call for Sudan" agreement signed with the Revolutionary Front in Addis Ababa.

The agreement calls for "dismantling" the Sudanese regime and stepping up coordination between various factions with a view to promoting a popular uprising against the government.

The agreement was signed after efforts failed to reach a cease-fire between the government and armed movements.

Khartoum, for its part, has slammed the agreement as "a betrayal of the nation."