Sudan police use teargas against crowd

Defying a massive security presence with army trucks parked on main streets, the crowd marched to the central market, holding up banners saying "No, no to price increases." 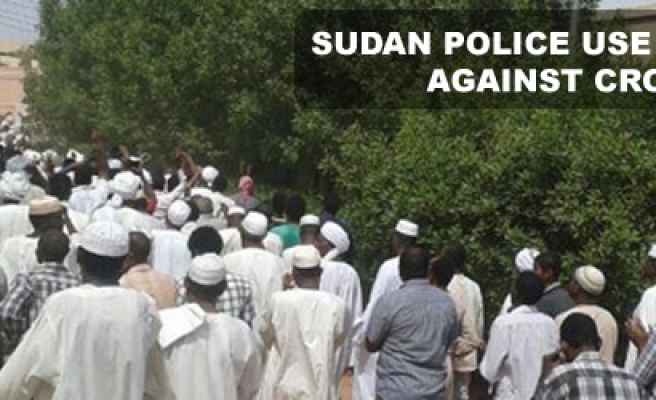 Around 3,000 people, angered by a police crackdown on protests against the lifting of fuel subsidies, took to the streets after Friday prayers in Khartoum's twin-city Omdurman across the Nile, shouting "freedom, freedom" and "the people want the fall of the regime".

Defying a massive security presence with army trucks parked on main streets, the crowd marched to the central market, holding up banners saying "No, no to price increases."

Police fired tear gas after the crowd had marched some two kilometres through the centre. Some protesters ran for cover but the bulk of the crowd remained, some hurling stones at the police, others torching cars.

More than 1,000 people also demonstrated in Khartoum's northern Bahri district, a hot-spot of days of unrest, witnesses said. Hundreds also went out in another area of Omdurman and Khartoum as well as Wad Madani town south of the capital.

In Khartoum's centre, there were army trucks mounted with anti-aircraft guns, which are usually used only in strife-torn regions such as Darfur. More than 100 soldiers, policemen and plain cloth agents armed with Kalashnikovs and other guns were patrolling the government district on the Nile banks.

At least two demonstrators were shot dead by Sudanese police during protests in the east-central state of Al-Gezira, eyewitnesses told Anadolu Agency.

Police said late on Thursday that battles with protesters had killed 29 people, among them police officers. Sudanese opposition activists have put the death toll at over 100.

But London-based Amnesty International and the New York-based African Center for Justice and Peace Studies said at least 50 people had been killed by gun shots to the chest or head, citing witnesses, relatives, doctors and journalists.

Among the dead was a 14-year-old boy, while most other victims seemed to be between 19 and 26 years old, the groups said in a statement. Hundreds had been detained, it said.

"Shooting to kill - including by aiming at protesters' chests and heads - is a blatant violation of the right to life, and Sudan must immediately end this violent repression by its security forces," said Lucy Freeman,Africa Deputy Director at Amnesty International.

Sudanese officials could not be immediately reached for comment but Information Minister Ahmed Belal Osman said late on Thursday any figures higher than 29 were inaccurate.

New York-based Human Rights Watch (HRW) said in a separate statement it had confirmed that the death toll was higher than the official 29. It did not give a number.

"The police and national security forces fired teargas, rubber bullets, and according to credible reports, live ammunition into the crowds," HRW said.

It was not immediately possible to verify the allegations.