Earlier this week, scores were killed in a military crackdown on protesters in Khartoum 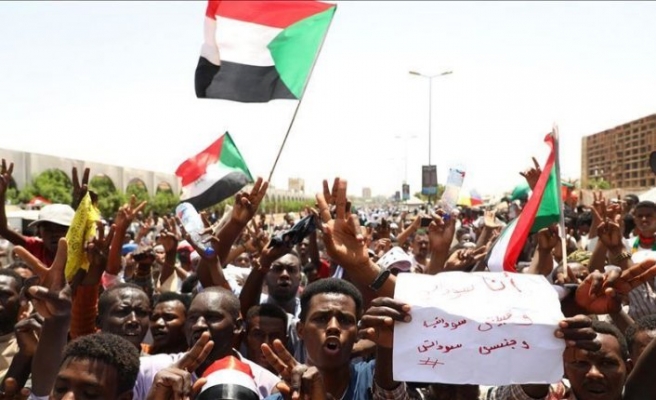 Sudanese protesters began a nationwide civil disobedience campaign on Sunday as part of pressures on the ruling military council to hand over power to a civilian government.

Shops are closed and streets are empty across the capital Khartoum, according to an Anadolu Agency reporter.

Protesters reportedly blocked roads in the cities of Khartoum, Omdurman and Bahari.

The civil disobedience was called by the Sudanese Professionals Association (SPA) after the ruling Transitional Military Council (TMC) launched a violent crackdown on protesters in Khartoum, leaving dozens dead.

SPA posted photos it said were of an empty Khartoum International Airport, saying that airport workers and pilots are taking part in the strike.

Earlier this week, military forces cracked down on a main protest camp in Khartoum, in which over 100 protesters were killed and hundreds injured, according to the Central Committee of Sudanese Doctors.

Sudan has remained in turmoil since April 11, when the military establishment deposed long-serving President Omar al-Bashir after months of popular protests against his 30-year rule.

Following the move, the TMC is now overseeing a two-year “transitional period” during which it has pledged to hold free presidential elections.

Demonstrators, however, have remained on the streets to demand that the military council hand over power -- at the earliest possible date -- to a civilian authority.