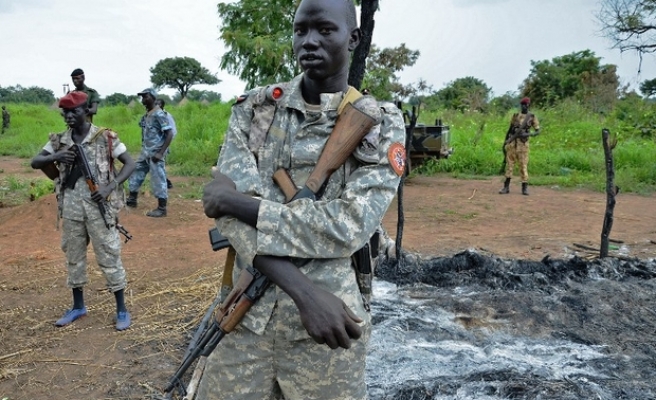 After more than two years of negotiations, Sudan and South Sudan on Wednesday signed a deal to implement an earlier agreement to demilitarize their common border.

The establishment of a Safe Demilitarized Border Zone (SDBZ) was first agreed in a deal signed on 27 September 2012. However, its implementation was delayed due to disagreements on security issues.

According to the deal the SDBZ will be monitored by a Joint Border Verification and Monitoring Mechanism (JBVMM). The two sides accepted a map of the SDBZ as presented to them by the African Union High-Level Implementation Panel.

“The agreement will open up the door for cooperation between the two countries,” Sudanese Defense Minister Awad Ibnauf said after signing the deal at an extraordinary meeting held at the Sheraton Addis in the Ethiopian capital Addis Ababa.

South Sudanese Defense Minister Kual Manyang part said implementation of the SDBZ would enable the two states to “…make use of our resources for the benefit of the peoples of the two countries”.

Immediately after the cessation of South Sudan from Sudan in 2011, the oil-rich border area of Abiye became a bone of contention between the two
countries, triggering intermittent tensions and at times armed conflict.

Witnessing the signing of the agreement, UN Special Envoy to the African Union Haile Menkerios congratulated the signatories, saying: “Now you
can expect support from the United Nations Security Council in implementing the agreement.”

Former Nigerian president, Abduselam Abubaker, who presided over the signing occasion told Anadolu Agency that “The significance of
today’s signing is … [it] will open the door to open the doors to open the corridors and the other implementation organs such as the joint border
verification mechanism.”

The absence of a security agreement, he said, had remained a major shortcoming in the peace process between the two countries, adding: “Now we
have this…it will be a jumpstart.”