Hundreds of Sudanese demonstrators have been arrested during mass protests against a government decision last week to lift state subsidies on fuel and other commodities. 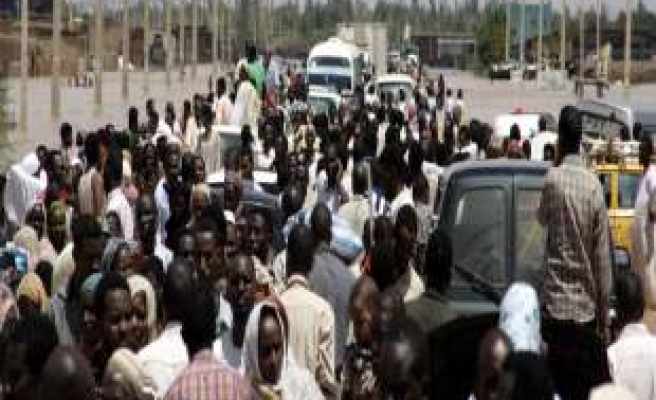 Around 100 Sudanese women and children whose relatives have been detained by security forces during ongoing anti-government protests staged a demonstration on Thursday to demand the release of their loved ones.

"Since their arrest, there has been no information about them, and families have been prevented from contacting them by the NIIS [Sudan's National Intelligence and Security Services]," one protest organizer, who asked not to be named for fear of reprisal, told Anadolu Agency.

Protesters – mostly women and children – assembled outside the NIIS' Khartoum premises and insisted on delivering a memo bearing their request to NIIS officials.

After a brief wait, the latter agreed to meet with protest representatives.

Hundreds of Sudanese demonstrators have been arrested by security forces during mass protests against a government decision last week to lift state subsidies on fuel and other commodities.

According to the Sudanese Organization for Defending Rights and Freedoms (SODRF), more than 1,000 Sudanese have been arrested since protests first erupted last week.

Ibrahim decried the "systematic roundup" of young people by Sudanese security forces, saying the whereabouts of many detainees remained unknown.

He called on Sudanese authorities to either release detainees or provide them with a fair trial.

Several local, regional and international human rights organizations have likewise called for the release of detainees, also demanding a probe into the killing and detention of protesters.

Ibrahim lamented what he called a crackdown on freedom of expression in Sudan, citing the confiscation of certain newspapers.

On Friday, Sudanese authorities confiscated the daily editions of two newspapers because of their coverage of the ongoing protests.

Three Arabic-language dailies have stopped printing following orders from the NISS to halt coverage of the demonstrations and to rely exclusively on official government statements.

The Sudanese Journalists Network, meanwhile, has announced a general strike to protest the media crackdown.