Tripoli is under control of a rival government and parliament which has forced the internationally-recognised Prime Minister Abdullah al-Thinni to work from a town in the east. 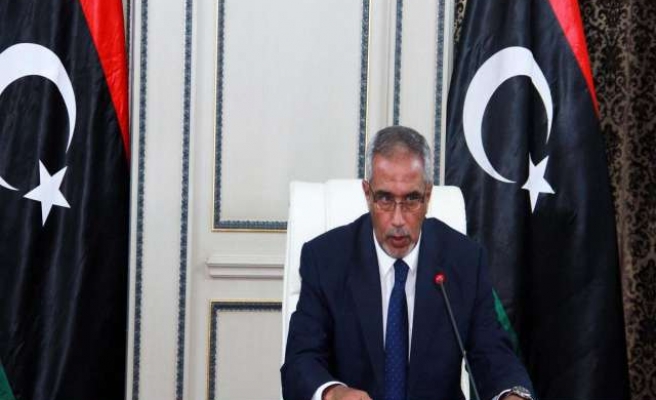 Karti first went to the eastern city of Tobruk to meet the internationally-recognized Prime Minister Abdullah al-Thinni before flying to Tripoli for talks with a competing government based there, Foreign Ministry spokesman Joseph al-Kordofani said.

"Foreign Minister Karti arrived in Libya today to meet both sides and determine the nature of the situation in preparation for Sudan's role in mediating the rift between the parties," Kordofani said.

Thinni's government was forced to relocate to Tobruk after Misrata based militias captured the Libyan capital in August.

In Tripoli, Karti met in a hotel with Omar al-Hassi, prime minister of a government which has not been recognized by the United Nations or most major foreign governments, witnesses said.

After a recent meeting with Sudan's President Omar al-Bashir, Thinni said he was ready for talks with the rival government and Bashir suggested Sudan would have a mediating role.

Thinni had previously made numerous accusations that Sudan, as well as Qatar, have been arming the militants that have been fighting for control of the oil-producing country, which has fallen into chaos since the overthrow of Muammar Gaddafi in 2011.

Khartoum and Doha have denied the allegations and Sudan's Bashir sounded a conciliatory note during Thinni's visit.

However, Sudan has not denied maintaining contacts with members of the Tripoli-based group, even as most countries have avoided public meetings with Hassi or senior officials in his government, though Turkey sent an envoy to meet him last month.