Opposition party representatives said they would hold some 20 political symposiums across Sudan to encourage citizens to join their boycott, starting with one in Khartoum on Wednesday. 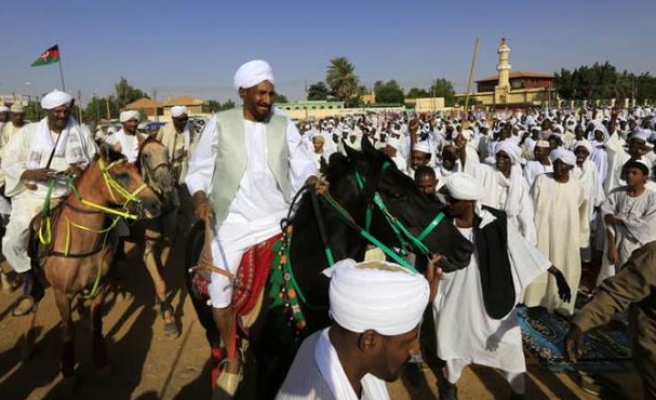 Sudan's mainstream opposition called on Monday for a nationwide boycott of upcoming presidential and parliamentary elections that they say are guaranteed to lead to a renewal of the 25-year rule of President Omar al-Bashir.

Nearly all of Sudan's opposition parties have said they will shun the April vote, citing deteriorating political and press freedoms, as well as worsening insurgencies in Darfur and the southern states of Blue Nile and South Kordofan.

At a news conference, opposition leaders asked all Sudanese to join the boycott and explicitly called for Bashir's removal, escalating the confrontation between rebels and the opposition on one hand, and the ruling regime on the other.

Opposition party representatives said they would hold some 20 political symposiums across Sudan to encourage citizens to join their boycott, starting with one in Khartoum on Wednesday.

It is not clear if the Bashir government, which maintains tight control over political activity in the country, will allow the symposiums to take place. Bashir took power in a 1989 coup.

Abu-Bakr Youssef, a spokesman for the main opposition coalition, said that the campaign's title - "leave" - sent a clear message that the election will not be free or fair.

"We do not advocate an alternative to the elections, but a boycott of them, and say to Bashir and his party: Leave," said Rabah al-Mahdi, daughter of exiled Umma party leader Sadiq al-Mahdi.

A ruling party spokesman dismissed the boycott campaign as a political stunt made necessary by the opposition's lack of popularity. "Elections are the most important constitutional duty and necessary to achieve democracy and the peaceful transfer of power," said Yasser Youssef.

"It was up to them to build their parties to compete in this election...I expect the failure of this negative campaign."

Security services have stepped up arrests of journalists and politicians in the past few months, and amendments to the constitution passed in January give greater power to the state's security apparatus.

The amendments also gave Bashir the power to appoint state governors, who were meant to be elected in the April polls.

Bashir has been buoyed by the International Criminal Court's decision to shelve an inquiry into possible war crimes in Darfur. He has also pushed for U.N.-African Union peacekeepers to leave Darfur, in what analysts call a move to give the army a freer hand in suppressing the rebellion.