Sudanese rally in Cairo in solidarity with protests 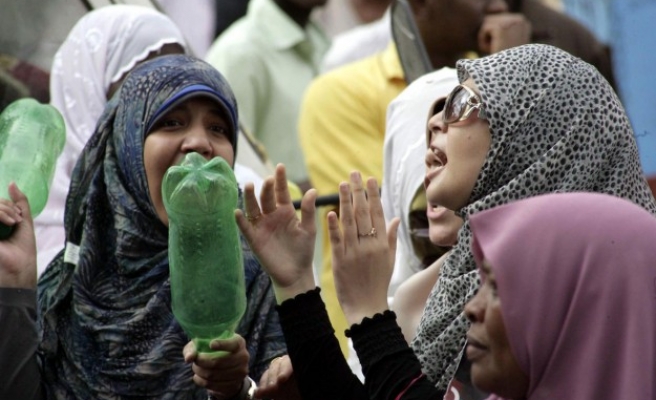 Scores of Sudanese expatriates staged a protest on Thursday outside their embassy in Cairo to express solidarity with concurrent demonstrations back home against Khartoum's decision to remove subsidies on fuel and several other commodities.

"I joined the protest against injustice in Sudan," Mohamed Bakri, a Sudanese student in Cairo, told Anadolu Agency.

Recent price hikes, he said, "are sufficient proof of the failure of the Sudanese regime to provide the people with decent lives."

In 2009, the ICC issued an arrest warrant for al-Bashir for war crimes and crimes against humanity, allegedly committed in the country's western Darfur province.

"This is the beginning of a revolution that will sweep al-Bashir from power," Bakri said.

"It's only a matter of time," Gaafar said.

"Our country lacks all the basics, especially in the education and health fields – not to mention the price hikes."

Gaafar predicted that the current bloodshed in Sudan "will lead to a new revolution."

At least 60 people have reportedly been killed in Sudan during three days of protests against recently announced government austerity measures.

On Sunday, Sudan's federal government lifted state subsidies on fuel and several other commodities as part of a controversial economic reform program. It also raised taxes on a number of consumer goods.

With her child on one arm and a banner calling for al-Bashir's ouster on the other, Sudanese activist Manal Hussein said it was "high time for al-Bashir to step down for the crimes he committed against the people."

"Al-Bashir won't be able to quash this revolution," added Hussein, a member of Sudan's Justice and Equality Movement.

"We have been working for this moment for years."

Unofficial estimates put the number of Sudanese nationals in Egypt at 5 million.

The Sudanese Embassy in Cairo, however, puts the number at around 1.5 million.