A peacekeeping force in Darfur had become a security burden and should leave, Sudanese President Omar Hassan al-Bashir said on Sunday, escalating a row that has already led to the closure a joint United Nations-African Union office in Khartoum. 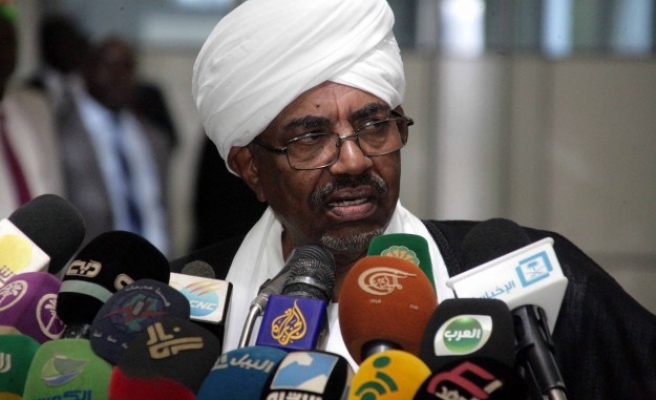 Sudanese President Omar al-Bashir on Sunday said that the international peacekeeping mission in the western Sudanese Darfur region (UNAMID) had protected the region's rebels, not its civilian population.

"UNAMID has turned into a burden on the Sudanese army, not a supporting force for it in the defense of civilians," al-Bashir told the editors of local newspapers and foreign correspondents in Sudan.

He said the African Union/United Nations Hybrid Operation in Darfur was not even able to defend itself.

Al-Bashir added that the peacekeeping force had proved failure in protecting the civilian population of the restive Darfur region.

"It is now defending the rebels instead," he said.

He accused what he called "foreign powers" of standing behind claims for the rape of 200 women in the turbulent region with the aim of concealing the stability the Sudanese army had brought to it after defeating the rebels.

"They want to bring this issue to the fore to cover up improving conditions in Darfur and the development projects being launched there," the Sudanese President said.

The Sudanese Foreign Ministry on Tuesday accused UNAMID troops of raping women in Darfur, adding that the peacekeeping mission's command had failed to take measures against these troops.

The Anadolu Agency could not immediately obtain comments from the command of the mission on the claims of the Sudanese President.

Earlier this month, UNAMID announced that it had launched an investigation into allegations that 200 women had been raped en mass by Sudanese troops in northern Darfur's Tabit village.

The announcement came two days after the UN Security Council stated its concern regarding allegations that 200 women had been raped by Sudanese soldiers in Tabit.

Following the UN's announcements, Khartoum directed the accusation at UNAMID troops, asking the mission to work on an exit strategy for leaving the troubled western region.

UNAMID sent a team t to the town to investigate allegations of mass rape by Sudanese soldiers, but later said it had found no evidence to support the claims.

However, western media has quoted UN officials as saying that the mission had sent a secret report to the UN in which it said that witnesses had been intimidated by the presence of government forces during the investigation.

In 2009, the Darfur conflict prompted the International Criminal Court to issue an arrest warrant against Sudanese President Omar al-Bashir on a number of charges, including genocide allegedly committed by government forces and allied militias.

UNAMID has been working in Darfur since early 2008. It is the second largest peacekeeping mission in the world, containing 20,000 troops, policemen and personnel from a number of countries.