Sudanese President Omar al-Bashir received a red-carpet reception in Nigeria despite an ICC arrest warrant for him, in what some see as a political message to Washington. 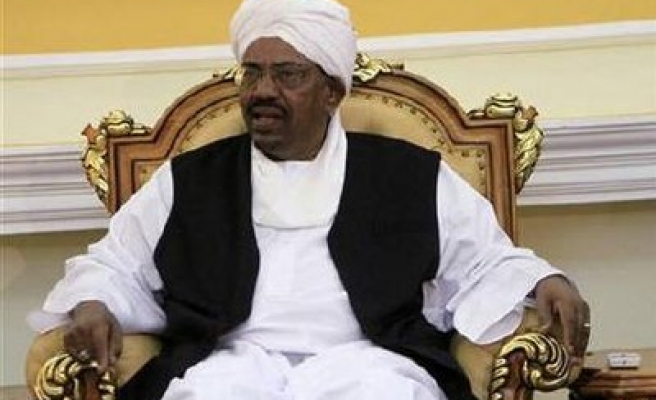 Sudanese President Omar al-Bashir has been given a red-carpet reception in Nigeria despite an arrest warrant for him issued by the International Criminal Court (ICC), in what some see as a political message to Washington.

"The Sudanese president is in Nigeria for an African Union summit and the African Union has taken a position on the ICC arrest order, so Nigeria stands with the AU on the matter," presidential spokesman Reuben Abati told Anadolu Agency in a Monday telephone interview.

He added that Nigeria, which is a member of the ICC, had adopted the same stance as the AU, which rejects the arrest warrant because it could hinder peace efforts in Sudan.

The ICC issued its arrest warrant for al-Bashir, who it accused of committing genocide in Sudan's troubled Darfur region, on July 12, 2010.

The AU, for its part, accuses the ICC of targeting only African leaders for prosecution – a view shared by many foreign affairs analysts and leftwing politicians in Nigeria.

Al-Bashir arrived in Nigeria late Sunday to attend an AU summit devoted to HIV/AIDS, which kicked off on Monday.

The Sudanese president arrived in Abuja to a full guard of honor. He touched down in a presidential jet to a red-carpet reception, replete with troops in ceremonial green and white uniforms and a military brass band.

Official sources at the event, including an official of INTERPOL, said the atmosphere at the AU Summit was nothing unusual, given that the Nigerian government had made it clear that it did not recognize the ICC warrant and that it would provide the Sudanese leader with full presidential courtesies.

The Interpol official, who requested anonymity due to the issue's sensitivity, explained that Nigeria had no intention of arresting al-Bashir.

"Nigeria views al-Bashir as the leader of a sovereign nation and so has the responsibility to protect him while he is inside the country, including within its airspace," he told AA.

He said the decision to have Nigeria's police affairs minister welcome al-Bashir was meant to send the message that the Sudanese leader would be shielded from arrest by the international police (INTERPOL).

A Nigeria Air Force senior official confirmed to Anadolu Agency that al-Bashir would be safe as long as he remained within Nigerian airspace.

"Since al-Bashir won't be entering the airspace of any hostile countries, such as South Africa, Zambia or Uganda, he remains safe because the security apparatus has instructions to ensure he is fully protected," said the air force official.

Although Nigerian President Goodluck Jonathan did not welcome Bashir at the airport, officials attributed this to the fact that the Nigerian leader was himself flying back home from China at the time.

There is currently no word about a possible meeting between al-Bashir and Jonathan at the State House, according to another presidential aide.

The aide added, however, that the two leaders would meet at the AU Summit.

According to the same source, the president had not received any advice to the contrary from Nigeria's foreign affairs hawks, suggesting a degree of official agreement not to hand al-Bashir over to the western-backed ICC.

Some saw the green light given to al-Bashir as a signal to US President Barack Obama and other western leaders that their criticisms of Jonathan had not been forgotten.

"The fact that Nigeria – unlike South Africa, Uganda and Zambia – gave al-Bashir the green light to enter the country signals Jonathan's willingness to rattle the US, particularly when he's still basking in the newfound rapport between China and Nigeria," said one source.

"And don't forget that the US president has repeatedly shunned Nigeria and openly criticized Jonathan's handling of the Boko Haram crisis and corruption crusade," the source added.

"So for now, Nigeria and the US are not on good terms. Al-Bashir's visit might be meant to rattle the US."