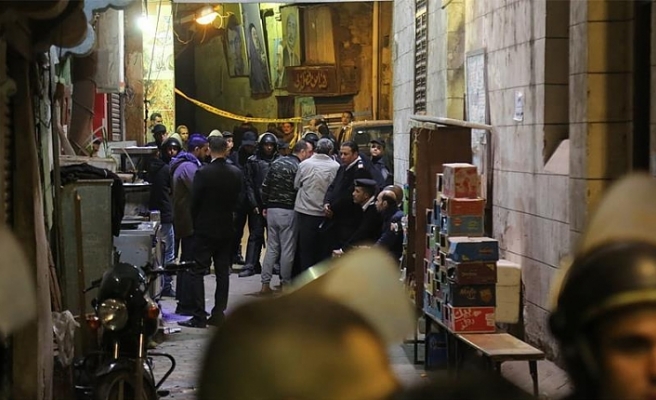 An explosion rocked Egypt's capital, Cairo, late Monday when a man blew himself up behind Al-Azhar mosque, local media reported.

At least two police officers were killed and another two were injured in the suicide attack in the Al Darb al-Ahmar neighborhood, the Interior Ministry said in a statement.

The blast occurred after police surrounded the suspect following a chase.

According to a report by local news site Egypt Today, security forces identified the attacker as Al Hasan Abdullah, 37, who resided in the old neighborhood.

The suspect was allegedly involved in an attack in Giza governate last Friday in which an improvised explosive device (IED) was planted near Al-Istiqamah Mosque, the ministry added.

Al-Azhar, the highest seat of learning in the Sunni Islamic world, condemned the attack in a statement early Tuesday.

It stressed that the security officials who were tracking the suspect prevented a larger attack from taking place.

Egypt’s Mufti's office also condemned the attack, noting that terrorist organizations are uncomfortable with the country’s "security and stability".

Both institutions wished God's mercy on those who died and offered condolences to their relatives.

Egypt’s Prosecutor-General Nabil Sadek launched an investigation into the attack.