Sanusi had been presenting evidence to parliament that he said showed the state oil company failed to pay $20 billion it owed to federal government coffers, fuelling speculation his suspension was politically motivated 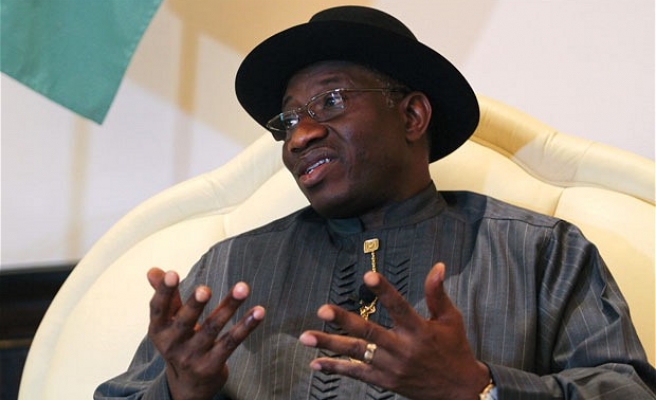 Nigerian President Goodluck Jonathan may have benefited his opponents in suspending a central bank governor they vaunt as an anti-graft campaigner, but religious and ethnic factors may yet decide the tightest poll since the 1999 end of army rule.

Jonathan suspended Lamido Sanusi, who was due to finish in June, on Thursday, allegedly for financial malpractice. The presidency has detailed procurement and other irregularities.

Sanusi had been presenting evidence to parliament that he said showed the state oil company Nigeria National Petroleum Corporation (NNPC) failed to pay $20 billion it owed to federal government coffers, fuelling speculation his suspension was politically motivated - a charge the presidency denies.

The main opposition alliance, the All Progressives Congress (APC), quickly sought to capitalise on it as "the clearest indication yet that President Jonathan ... is willing to silence any whistleblower, no matter his or her status," according to a statement by APC spokesman Lai Mohammed.

"(The) President sends ... a strong signal to all Nigerians that he will not tolerate any exposure of corruption."

Sanusi's own motives have been questioned, with some holding he was driven by genuine moral outrage, others by a secret political agenda, possibly even his own presidential bid. Sanusi told Reuters on Friday he had no such plans.

The ruling People's Democratic Party (PDP) has been in power since shortly after the death of former military dictator Sani Abacha, but it has been bitterly divided over Jonathan's assumed intention to run for another term in office. He has not said whether or not he will, but insisted on his right to.

Five state governors, dozens of legislators and former vice-president Atiku Abubakar have all defected to the APC.

Even before Sanusi's allegations - which included that hundreds of millions of dollars have gone missing in a phoney kerosene subsidy scheme - Jonathan had been damaged by high profile corruption scandals in the oil industry.

These included a $6.8 billion motor fuel subsidy fraud and $29 billion lost to cut price upstream oil and gas deals, although the latter covered a long period going back to 2002 - well before Jonathan's tenure.

"A lot of Nigerians believe Sanusi was touching at the heart of corruption and that's why Jonathan did it," said Bismarck Rewane, CEO of Lagos-based consultancy Finance Derivatives. "That perception will undermine Jonathan's re-election chances if he becomes a liability for the PDP," he added, in which case he may not be nominated as its candidate

Newspaper columns have accused Jonathan of compromising the bank's independence and not facing up to corruption. Some however have dismissed Sanusi as a trouble maker who abused his office as a political platform.

"It is high time Nigerians rose against this reign of impunity," Tunji Adepboyega wrote in a column in the opposition leaning Nation on Sunday. "They are no longer shocked by public officials stealing millions."

Yet a year is a long time in Nigerian politics, and Jonathan still has time to shift focus away from graft. Analysts also point out that Sanusi may have been a star for foreign investors but his popularity at home is more mixed.

"It plays worse internationally," said Kayode Akindele, partner in advisory 46 Parallels. "Sanusi is more popular abroad than he is locally. Those already opposed to Jonathan will seize on this, but those who supported him aren't going to change their minds because of Sanusi."

Ever present in Nigerian politics is the ethnic and religious dimension. Jonathan is a southern Christian from the Ijaw ethnic group, Sanusi a northern Fulani Muslim.

"Sanusi's suspension has become politicised along ethno-regional lines as Sanusi is a northerner who is perceived to have publicly undermined a southern president," said Thomas Hansen of London-based Control Risks.

Jonathan's supporters, including many northerners, since the region is politically divided, are more willing to believe the allegations against Sanusi. Meanwhile, in opposition heartlands such as much of the north and the Yoruba southwest, Jonathan is disliked so the corruption allegations against him brought by Sanusi ring truer.

"If Sanusi releases documents that he has, presidential memos that support his case, it could be very damaging," said blogger and political consultant Tolu Ogunlesi. "It will give the opposition ammunition."