The government of Khartoum and SPLM-N had been conducting peace talks in Addis Ababa for several weeks now under sponsorship from the African Union. 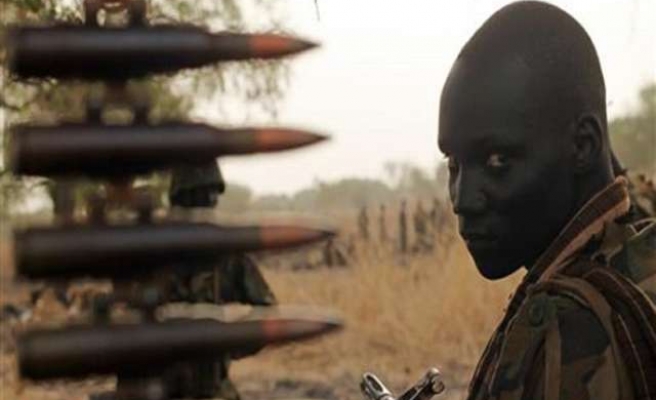 Peace talks between the government of Sudan and the Sudan People's Liberation Movement-North (SPLM-N), an rebel group active in southern Sudan - had reached a dead-end, a senior figure in the group said Sunday.

"We [SPLM-N and the government of Khartoum] are coming too far apart from each other," SPLM-N chief negotiator Yassir Arman said in a press conference in the Ethiopian capital Addis Ababa.

The government of Khartoum and SPLM-N had been conducting peace talks in Addis Ababa for several weeks now under sponsorship from the African Union.

The two sides seemed to be close to a framework deal a few days ago, although SPLM-N insisted to make the talks with the government inclusive, calling for the presence of other opposition movements in the talks.

Yet, the talks collapsed and Arman blamed it on the government.

"That is due to the insistence of the Sudan government to continue to [nag] the peace solution," Arman said. "There is now an impasse."

According to Arman, the rebel group wanted the peace process to be inclusive, while Khartoum insisted to limit the peace talks to specific forces.

"It [talks] should be a credible process, an inclusive process, inclusivity is important for Sudan and for us to get into a final solution," he said.

Another bone of contention, according to Arman, was the government's insistence that SPLM-N should lay down its arms.

"They want us to disarm before addressing the fundamental political issues," Arman said.

The Anadolu Agency could not immediately reach government officials for comment on Arman's remarks.

Since 2011, the SPLM-N has waged an active insurgency against the Sudanese government in the southern Blue Nile and South Kordofan states.

Outlawed by Khartoum, the movement consists mainly of fighters who sided with the south during Sudan's decades-long civil war. That conflict with the southerners ended with a 2005 peace treaty that paved the way for South Sudan's secession from Sudan six years later.